Instagram’s shift to an algorithmic feed is an age-old story playing out yet again. And Snapchat? Coming soon.
by Taylor Davidson · Apr 4th, 2016 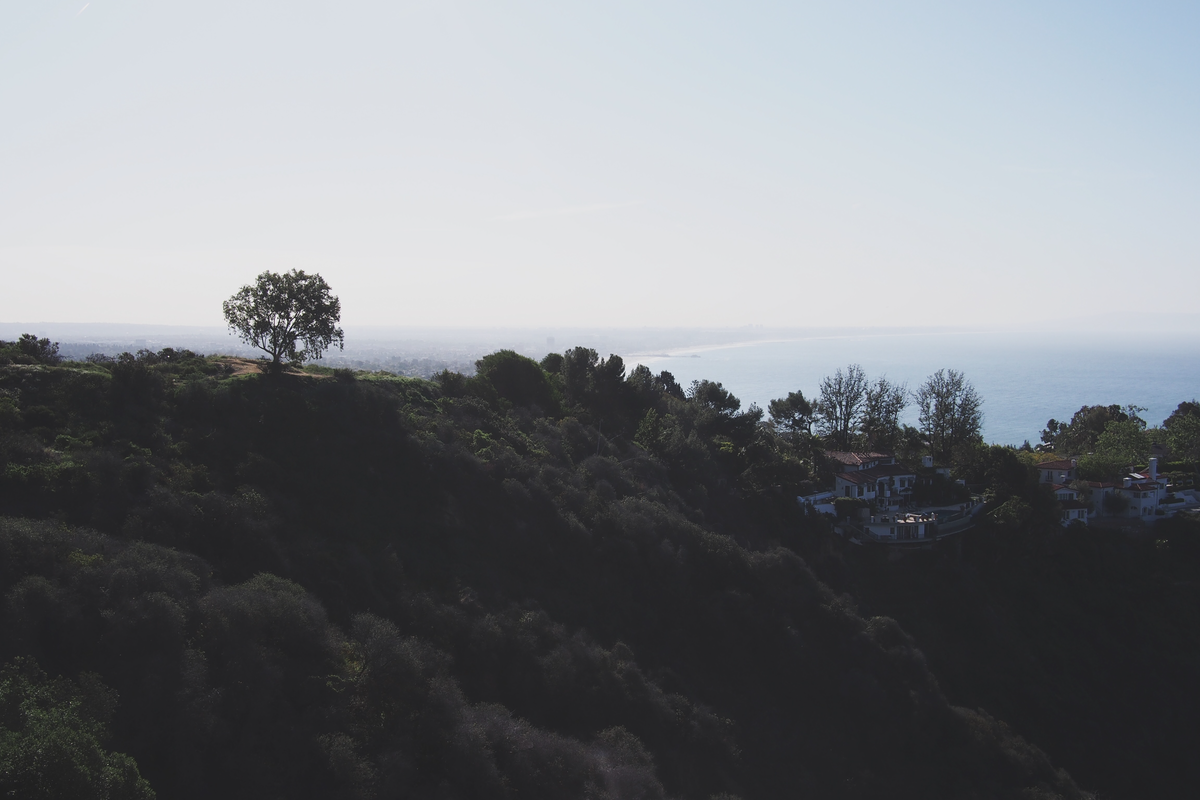 Have you heard Instagram is changing their feed? It must be a big deal for the NY Times to write multiple articles about the upcoming-but-still-in-testing-calm-down shift to an algorithmically determined feed, including explaining the brief, "seems like a good idea" sign up for notifications spree.

That the shift is happening should not be a surprise. Our views to the web are parsed by the platforms we use, both in what we choose to follow and what our platforms choose to show us.

Why is this happening, and why should we care, and what will it change?

“On average, people miss about 70 percent of the posts in their Instagram feed,” Kevin Systrom, co-founder and chief executive of Instagram, said in an interview in March. “What this is about is making sure that the 30 percent you see is the best 30 percent possible.”

Kevin’s right, the algorithmic feed can help deliver a better user experience. Helping people see the content they would want to see seems like a basic, obvious goal of a social platform. You can’t depend on people to actively prune and adjust who they follow, to take the time to look for and discover new content, to curate their feed if they feel bored or less interested in what they are seeing. New users have to figure out how to find interesting content: why shouldn’t the platform help them do that? Veteran users have to stay interested and fight against boredom in their feed: why shouldn’t the platform help them find new people or content? 2

But let’s be intellectually honest, this change isn’t only about building a better product for users. This is also about advertising, and that shouldn’t be a surprise either.

You know how Facebook posts only get seen by 7-12% of your followers unless you pay FB extra?

That’s why people care about the algorithm.

Instagram has been communicating this to advertisers, telling advertisers to start treating the platform like Facebook, and to rely less on free, organic reach in the age of the algorithm:

“We’ve seen the Instagram pitch to clients twice now in the last month,” said an agency executive, who didn’t want to be named. “It is basically the Facebook pitch: Everything should be promoted, and there’s no point in doing organic.”

In short: once a feed becomes algorithmic, the platform controls how content is presented, and it’s the platform’s choice how much organic content is shown to users. Users will not see all posts, cheapening the value of follower counts and forcing brands to pay to promote content.

Now, brands have been paying real money to promote content on Instagram for awhile, but it hasn’t been flowing through the platforms. Chris Bolman nailed the platform dynamics:

… brands grow their traffic numbers by smartly distributing content through influencers, and [most] influencers are happy to collect large sums in exchange for access to their audience. Seems like both parties are getting what they want. The only problem is this value exchange is happening on social platforms — and the social platform — whose revenue model is underpinned by paid content — is missing out on the value capture.

Influencer marketing on Instagram became a big business over the last couple years, powering the rise of a number of influencer marketing agencies and collectives focused on connecting brands and people on Instagram with large follower counts. It’s been a wild west as creatives, brands, and agencies all tried to create, price, implement, track and measure the impact of influencer campaigns. Instagram hasn’t provided good tools for people to track impressions, clicks and conversions - the usual metrics of digital advertising - and so everyone has been trying to hack it together and figure it out.

The metrics were tough to come by because Instagram had little reason to provide the usual metrics and performance tracking tools to influencers and influencer marketers, because the deals and money was all happening off-platform. While Instagram has been testing, refining, and opening up advertising access, spending on influencer marketing has arguably been a better buy for a brand wishing to leverage the organic reach and affinity of top Instagram users.

The algorithmic feed changes the equation. "How much" depends on Instagram’s long-term plans. Will Instagram throttle the organic reach of an influencer the same way it will throttle the reach of a brand?

Throttling the organic reach of a brand makes sense for Instagram. Historically brands haven’t been able to create "real" content that resonates with people in the same meaningful way that people are able to. We may like a photo posted by a brand, but we probably understand the intent behind it: is it truly authentic if they are posting it to influence us? That recognition of the greater intent, the well- or poorly-hidden baggage of ROI, can hinder a brand’s ability to build a thriving organic follower base. The shortcut is to buy an ad to pay for reach, a shortcut that marketers are used to and comfortable doing. Reducing organic reach thus makes sense from Instagram’s perspective: as we talked about earlier, cutting organic reach increases a brand’s need to pay for promotion.

But should Instagram throttle the organic reach of an influencer? Part of the problem here is defining the reach necessary to be deemed an "influencer", as there’s no simple gauge or measure and it’s a slipperly slope towards defining who this word captures. An influencer has many of the properties of a brand - recognition of name and identity that "means something" to a large amount of people - but lacks the corporate organization - and the money - behind it. Perhaps there is a definitional problem here, and instead of using the word "influencer" we should use a term that describes what they are doing: selling placements in their feeds in return for something.

In February of this year I predicted a collision between influencers and users:

Brands use influencers - people with clout on social platforms either from their opinions, or follower counts, or often both - because many of the platforms have traditionally not built robust paid advertising capabilities, so leveraging influencers has often been the only way to reach people on these platforms outside of building up your own follower base.

It’s an effective distribution method, as it could be more valuable to insert their product or brand into the stream through an influencer’s stream than an ad unit - but if everyone becomes an influencer, how will it change how users perceive the people they follow? Brands are often scorned for the ads they run, but while we tend to forget a brand running an ad, an influencer’s reputation and expore to backlash is more tenuous. Followers are smart and can see through a post and a branded hashtag, and I think it’s the influencers that will bear the brunt of the backlash to sponsored posts. As more brands formalize their influencer marketing strategies and budgets, it’s the influencers that will have to balance the cash and the backlash against the potential loss of trust and relationships they’ve built with people they don’t know. Authenticity is hard to scale, and while many will succeed, long-term success will take deep, careful attention to how one builds and maintains natural connections with their fans and customers.

I didn’t forsee the impact of an algorithmic feed, but it’s coming introduction magnifies the importance of managing organic user engagement. Careful selection and execution of content and brand partnerships will prove to be very important for influencers, and yet perhaps the hardest thing is that the rules are likely to be unknown and variable. Facebook has famously changed their algorithms over time to promote or deemphasize certain types of content; Instagram can, and will, change their algorithms based on what happens. And thus it’s users who will determine how traffic is shaped through our actions, likes, comments, and more. How will we engage with people that sell their feeds to brands?

Influencers likely don’t have the same capacity, incentives, or sophistication to pay for promotion, so there’s less cannibalization of direct advertising revenue. But the platform has to cut an influencer’s reach to indirectly shift marketers’ spend from influencers to the platforms themselves. The question doesn’t appear to be whether to or not, but how much.

"How much" doesn’t just shift the curve of influencer marketing, it also shifts it’s shape. Algorithms and plentiful ads won’t end influencer marketing. Influencer marketing isn’t a uniform, single type of marketing: different brands at different sizes, scopes, industry areas, and customer bases will use it differently. We still see influencer campaigns run on TV, magazines, Facebook, et. al. Anywhere a face or a name can appear, an influencer can have an impact on what people decided to do and buy. But the change is that the value for a brand comes from the appropriation of the influcencer’s name and reputation, not necessarily their follower counts. Reach alone will not be enough.

Which, oddly enough, would lead an influencer to respond by acting more like a brand. Be something. Stand for something. And possibly: Make something. Sell something.

What the algorithmic feed likely ends is the cheap, poorly-conceived influencer marketing, the generic "Brand X buying reach through a person with X followers" that doesn’t fool anyone. That type of influencer marketing will shift into advertising, which frankly is preferred by brands, influencers, and users. The mass spend will shift to advertising spend on the platform, but smart, edgy, meaningful campaigns will still be a powerful form of marketing with influencers.

Of course, the algorithmic feed won’t end at Instagram. Snapchat’s product evolution has been fascinating, laddering up from an ephemeral image-based messaging app into a media platform with a product and advertising business unlike most social networks. Consider major recent product launches: Stories created a non-ephemeral way to share content publicly, just as easily as sending someone a message. Discover created an area to feature brands and publishers creating content native to Snapchat. Geofilters created an ad unit tremendously native to Snapchat, and later, Stickers expanded the set of potential ad units. Auto-Advance Stories made it easier for people to consume content, streamlining the process of watching new content into a simple, engaging, lean-back experience. TV for mobile. And all of that while improving the core messaging functionality and features. 3

I’ve written extensively in the past about how hard it is for a consumer platform to make the transition from a product people love to a product advertisers love. But the next product leap for Snapchat has the potential to accomplish exactly that. Many of the same user and business dynamics happening on Instagram - missed content, discovery challenges for new content, new user feed creation effort, influencer marketing value exchange not captured by the platform - hold true on Snapchat.

And thus Snapchat’s rationale to introduce an algorithmic feed - to help people discover new content by inserting content algorithmically from people or brands you follow or should follow - is obvious. The question in my mind isn’t if, but how.

People define the nature of the ads we see, not advertisers. Snapchat’s user base has already pulled many brands and publishers into hiring editors and creating dedicated teams to create content specifically created, filmed, and edited for Snapchat. While the financial returns don’t appear to be there for them yet, one has to believe that Snapchat understands the dynamics. Snapchat controls the ability to choose who to show that content to by introducing an algorithmic feed, and with Geofilters and Stickers, have built in ad units for publishers and brands to use to build awareness for their content. The foundations are there. 4 The next chapter of an age-old story is coming soon. 5