The state of mobile app unbundling today, and how app extensions, deep linking, and notifications could alter the rationale for unbundling.
by Taylor Davidson · 08 Aug 2014 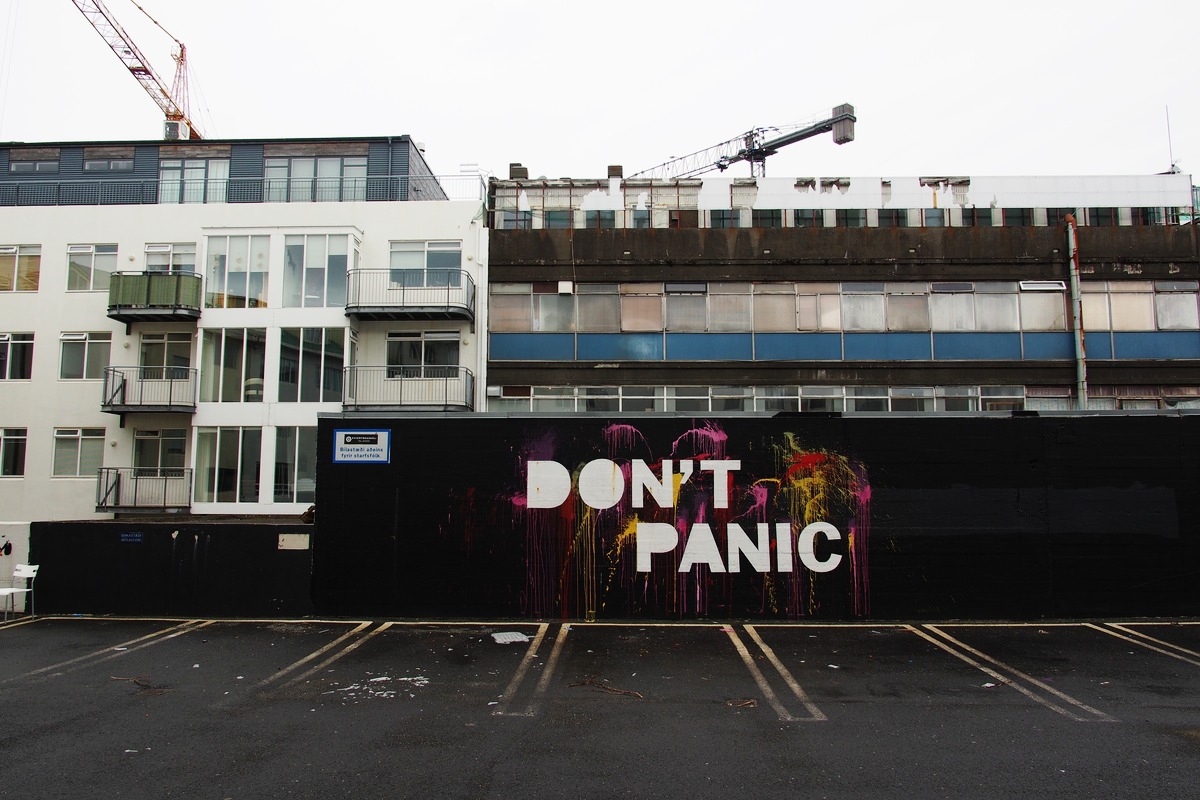 We’re fascinated by what’s on people’s homescreens, and rightly so: what’s on our homescreens shapes industries, lives, fortunes, and futures.

What’s popular on our homescreens is a proxy for what’s working in mobile, and by extension, what’s not. And there are a lot of conversations about the best way to build apps today. App constellations. App conglomerates. Invisible apps. App unbundling. Single purpose apps. Alpha apps. Deep linking.

And the conversation keeps coming back to unbundling. Which shouldn’t be surprising:

The examples of companies pursuing various types of unbundling strategies are well known: Facebook, Google, Twitter, Dropbox, Foursquare, Evernote are all well-known companies with millions to billions of users building and buying suites of apps. Facebook built Paper, Messenger, and Slingshot, and bought Instagram and WhatsApp. Twitter bought Vine. Dropbox built Carousel. Foursquare cleaved itself into two with Swarm and the new Foursquare. Evernote released Evernote Hello, Evernote Food, Skitch and Penultimate. Google has pursued a suite of apps strategy for awhile, but recently split out Sheets and Docs from the Google Docs app.

Why? Because they want your time, your attention, your usage, your homescreen. And to do that, they decided that they needed to unbundle their apps into features to make it easier for you to access and use them. But let’s consider why or why not that works.

One of the major rationales for unbundling is that app store distribution is “broken”, i.e. prohibitively hard or expensive for new apps. Thus, unbundling is an effective way for a company to use an established app with a large user base (assuming they have both) to drive distribution for their newer, unbundled app. It’s a strategy that gaming companies have used effectively, but has been applied less by non-gaming companies.

Agreed: the app stores could stand to be far better at discovery. The list-based curated lists lead to power law effects that hinder new app adoption. Until very recently, it was hard to track app install conversions from paid marketing campaigns. And outside of Facebook, there were few inventory sources to buy app install ads, so prices for app install ads were increasing.

But is the unbundling-for-distribution strategy working? The data is mixed, as the CB Insights data reports that many of the in-house unbundled apps have struggled to get traction upon release. The strategy is not clear cut, and it makes sense: in many cases, unbundling is a strategy that is the result of fear. Something’s not working, competitors are stealing my users, I need to build a new app to compete. It’s not surprising that the cleaved features aren’t performing: unbundled apps are built to solve the incumbent company’s problem more than the user’s problem.

Facebook’s Messenger is probably the one unbundled app that was uncleaved from a incumbent’s product that’s gotten mass adoption, and that’s because Facebook had the unusual power and ability to drive it’s adoption. But other than that, for many of the apps that have unbundled features into separate apps, it’s a fair question if unbundled apps deliver a better experience for users. [1]

Of course, buying a successful “unbundled” competitor is an altogether different strategy, and has a better track record so far, even if it’s far more expensive. But if you’re Facebook or Google, why not buy your biggest insurgents before they possibly become entrenched competitors? Why not buy an app that successfully executed on a new vision that you didn’t see? Why not buy an option on the world changing?

If you change how apps interact across an operating system, unbundling might not make as much strategic sense.

A couple months ago I wrote a deep piece about deep linking and how deep linking is building a structure of links into mobile and mobile apps. While there are some functionality improvements behind deep linking, the focus of my thinking was more about how deep linking will be utilized by advertisers and marketers to drive and track app installs and usage from ads. Deep linking, at least at the moment, enhances the business models of the app install market, and it shouldn’t be surprising that the various standards schemes are by Facebook, Twitter, Google, URX, and others looking to make money from app marketers.

More recently, Apple announced a new set of changes to iOS 8 that will change the way apps interact with each other, called App Extensions. Extentions are ways for third-party apps to communicate with other apps through pre-set “extension points” in iOS, that will allow certain functionalities of an app to be called without having to open an app. A common example, and one I explained in great detail in a post I wrote about iOS app extensions and photography apps, is how one could edit a photo using VSCO directly in Camera Roll without having to open VSCO.

The six kinds of extensions - Today, Photo Editing, Share, Action, Storage Provider, and Custom Keyboard - offer ways for apps to interact with each other around sharing files between apps, posting links and photos between services, accessing cloud services, accessing custom keyboards, and more. Android has similar functionality called Common Intents, which is similar, but as usual, the extension points and functionalities are more tightly defined in iOS, and Apple has taken great care to keep third-party apps seperate even as they interact with each other.

Both deep linking and app extensions/intents provide better ways for apps to communicate with each other: and it could change the rationale for unbundling. Extensions are essentially features of an app that can be called and used without opening the app: app developers can build extensions that are packaged in their “containing app”, and then once the containing app is installed, the extensions inside it can be used without opening the app. For example, one could edit a photo in Photos by using an Instagram filter or a VSCO editing process a) if Instagram or VSCO were installed and b) if Instagram or VSCO created an extension to enable that feature to be used outside of their app. Simpler, streamlined.

Deep linking also enables greater interaction between apps, but the major difference is who sets the standard for interaction. App extensions and intents and owned by the operating systems: Apple and Google. Deep linking will be owned by the standards providers: Facebook, Twitter, Google, or perhaps the insurgent deep linking startups. At the moment, app constellations are best placed to use deep linking throughout their apps, because they don’t need to use a third-party standard or abide by the operating system’s tight rules: they can do what they want and additionally leverage App Groups to tie their apps closely together. A suite of apps can sign in people to multiple apps at once and tightly pass data in-between their apps. But over time, as deep linking standards begin to get traction and app extensions are released in iOS8, the advantage to the constellations could decline over time. Widespread standards level the playing field.

And so back to unbundling: deep linking, app extensions, and common intents could allow you to “unbundle” the experiences of an app into a set of features that are used through other apps. Using extensions, some features may still be contained in the primary “containing” app, but they don’t have to be accessed through the primary app to be used. Using deep linking, some features could be hidden from the primary navigation schemes of an app, but be accessible through other apps. And the primary app could be presented as simpler and more streamlined to the user.

You could build heavy apps if you build light extensions.

At the moment, most of the types of unbundled feature apps we’re talking about (Messenger, Carousel, etc.) couldn’t be created today through app extensions or intents, because iOS and Android don’t have the defined extension points to enable those types of functionalities. And deep linking standard adoption is still pretty low. So I heavily emphasize the could. But still: if the platform changes how apps work with each other, the unbundling / constellation / conglomerate strategy will also have to change.

Which brings me back to the homescreen. In many ways, the smartphone’s homescreen can be compared to the desktop web portals of the 90s. The homescreen is a portal to the Internet. It’s a reflection of how we use the Internet every day, what we want to accomplish, of what’s important to us. If a company has an app, they want to be on our homescreen. [2]

And it may cause us to rethink the notion of unbundling as well. If we don’t have to open an app to get something done, then why can’t a larger set of features be bundled? The US market isn’t inevitable: the Chinese Internet market is a perfect example of how we’ve seen a different kind of bundling emerge, with a different set of discovery challenges, because the services are aggregated differently.

When Jim Barksdale says there are “only two ways to make money in business: one is to bundle; the other is unbundle”, he’s referring to the process of bundling and unbundling, not the end state. The process of change is where the money is made.

And as the platforms, hardware, and operating systems in mobile continue to change how people use their devices, don’t be surprised if the rationale behind unbundling shifts as well.

I think we think of unbundling as the end-state, but instead, it’s a process that leads to it’s reversal. Unbundling creates the incentives for rebundling.

The constant, as usual, is change.