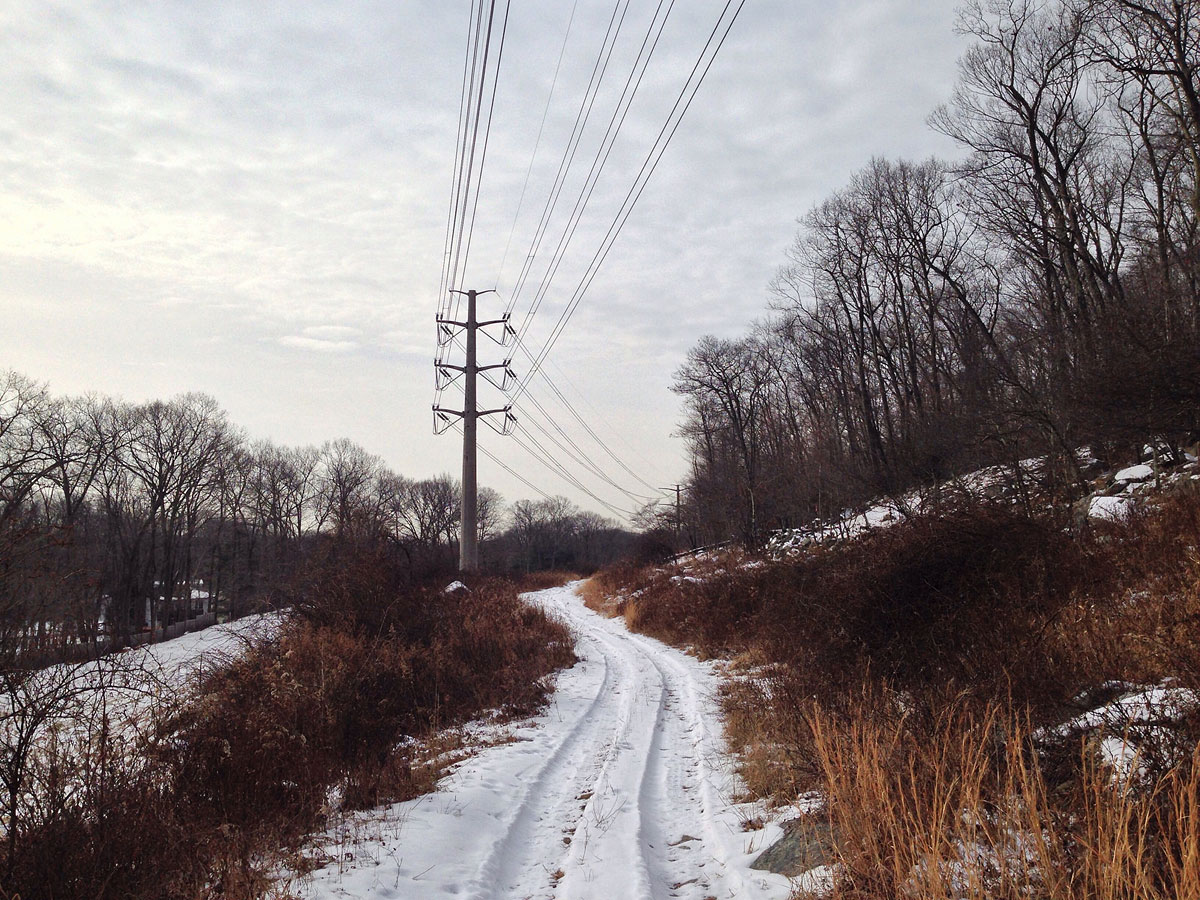 It’s a fascinating time to be a publisher.

Social platforms, feed-based consumption behavior and mobile have forced publishers to shift from publishing web pages to publishing streams. Social platforms have made it easy for anyone to create, share, and comment on content, creating competition as platforms and publishers have collided. Traffic sources have changed drastically, with social referrals currently driving over 23% of publisher traffic. Smart publishers have learned that there’s a game to play in driving traffic from social platforms, and that the game is always changing. Third-party adtech companies, including programmatic ad buying tools, have changed how publishers sell ads, but publishers are still left with a maze of tools and platforms with hard-to-differentiate products. The shift in consumer attention to streams and mobile has forced publishers to rethink how they create, display, and sell their ads, creating a recent buzz around "native advertising".

And underlying this is the gigantic metastory about the future of journalism, reporting, and news.

If you want to see what’s interesting in adtech today, I’d start by looking at publishers.

A recent quote of mine in Fast Company about Facebook’s recent beta test of a mobile ad network:

"There’s a tremendous value to understanding people," says Taylor Davidson, a director at kbs+ Ventures. "If Facebook is able to provide a logged-in view of a user across devices? Not many people can do that."

Obvious, right? Facebook’s test of a mobile ad network leveraging Facebook data isn’t a surprise; I submitted the idea of a Facebook external ad network back in 2011, and it’s known that Facebook tested one in 2012. And thinking broader, it shouldn’t be a surprise for Facebook to launch a programmatic ad network focused on mobile: we’re going through a massive shift in attention from desktop to mobile, publishers are struggling to monetize mobile inventory, and Facebook has a massive data store of cross-device information from their billions of logged-in users that can provide audience, interest, and behavioral data that beats any cookie for accuracy, relevancy, and timeliness. This all applies to Twitter too, btw.

All of that should be a boon for publishers. But do you really want your ads served by the same company driving your traffic?

Are these newcomers the future of journalism? Is this the news we want, or the news we get?

Upworthy, Viral Nova, Elite Daily and others are playing the Facebook traffic game (and buying Facebook ads) to great results at the moment, but it’s a game that difficult to sustain over time. Facebook is known to change around their product to influence traffic driven to news sites, in particular altering the algorithms behind the news feed. Most recently, they released Paper, a new way for people to experience the feed on mobile, that is also a seemingly Flipboard competitor that has predefined channels for users to select to see, each with their predefined publishers supplying the content. Why does Facebook get to pick what content to highlight? Because we tell them we can, by coming back every day and using their products.

Moving past the unsustainable traffic game, there’s a lot more interesting activity in publishing. BuzzFeed and Upworthy get a lot of the press, but they’re not the only ones. A new crop of news sites have started recently, typically signaled by a big hire to run the site, including Swisher and Mossberg leaving All Things D to start Re/Code, Vox hiring Ezra Klein, Yahoo’s hiring of David Pogue, Glenn Greenwald leaving The Guardian to start The Intercept, Bill Keller starting The Marshall Project, ESPN adding Nate Silver’s still-to-launch standalone site to their support of Bill Simmons’ Grantland, Pierre Omidyar starting First Look Media, to start. Pair that with the new social traffic engines Viral Nova, Elite Daily, Distractify, Thought Catalog, and there’s a lot of new publishers on the web.

But it’s not just new entrants, there’s also new strategies. Many brands are working to become publishers through a mix of tactics, sometimes focusing on publishing on their own sites, or creating standalone sites, or partnering with publishers to create branded content hubs or special interactive features (The Atlantic, The Economist, The NY Times, BuzzFeed, Huffington Post, etc.). Agencies are creating content arms to create content for brands, and tech companies like NewsCred are building agency services to help brands create original content, not just distribute it. Gawker, Vice and others are all stretching their scope to move upstream from selling inventory to also creating the content strategies and campaigns for brands to run in their inventory.

And yet, some of the most interesting things in publishing are being done by platforms. Gawker opened up their publishing platform with the launch of Kinja, LinkedIn began publishing content from influencers, Quora opened up the ability for anyone to create a blog, Medium has created a blogging platform that feels like a publisher, Skift has deeply invested in capturing and analyzing travel data, and Sulia has continued to grow their platform for subject-matter experts to publish topical content.

And we haven’t event talked about the recent spate of "anonymous" publishers Whisper, Secret, WUT, and others, or the mobile news apps Circa, Inside, Yahoo’s Summly-powered news digest, and more.

All of this investment in publishing flies against the news about the prices of ads, however. The rise of programmatic has contributed to the pricing on standard display ads decreasing by 30-40% over the past several years, or perhaps 70% over the past five years. Paired with the shift in our attention to social networks and to mobile devices, it’s apparent to publishers that they need to change their ad products to combat market trends.

Thus, the rise in the interest in "native advertising," a hope that creating new ad units and flexible content that are more in line with a user’s experience with the site will make publishers’ ads perform better than banners and other existing units. These "native ads" may be sponsored posts, images, videos, redeployed social media, or content, on domain-specific platforms or across the web, but while native ad units may bolster earnings in the short-term, in the long-run new ad units won’t save publishers. Like most industries, that takes a better understanding of their customers so that they can deliver a better product.

Let’s talk about intent. Back in 2011 and 2012 I wrote about how social services are "intent engines" that capture massive amounts of data about what we want, and about how this intent data was more powerful than social interest data.

What’s interesting is that I neglected the value of intent created by publishers themselves. Publishers are indeed sitting on a goldmine, yet have traditionally lacked the tools to capture, structure, and sell the intent created by their users. Past attempts have included user profiles, which have traditionally been of little value to users, or third-party identity services (Facebook Connect, Twitter or Google signin) or social utility plugins (AddThis, ShareThis, Gigya, Livefyre, Disqus) but publishers have struggled to build first-party services that allow them to capture the intent of their users. The third-party adtech ecosystem has hollowed out the bottom-line of publishers by extracting the data about publishers’ users without giving them the tools to understand their users and price their ads effectively.

That stands in marked difference from the social platforms that have deep social, demographic, geographic, interest, and intent data about their users, captured through their users’ natural usage of the platform. Facebook and Twitter have rich first-party data about their users that they are able to leverage to create ads that are more relevant to you, your interests, your location, and your intent at that moment in time and place. Native ads aren’t better because they’re native to the experience or don’t look like ads, they’re better because they’re more customized and relevant, and that’s powered by better data about who you are.

The route to better data for publishers will vary, but it starts with building a better product. Some will work to create better audience and demographic information. Some will start selling intent instead of eyeballs. Some will work to become more social and build better profiles of their users. Some will look at the ad products by social platforms, games and consumer products to influence their own products. Granted, ads aren’t the only way for publishers to make money, as Marc Andreessen point out on Twitter last week, but it’s the largest and perhaps most under leveraged of the business models for publishers.

As odd as it sounds, native programmatic will be the new normal. And that’s something for publishers of all stripes to plan for and take advantage of.