A couple weeks ago I gave the kickoff talk to Digiday’s Programmatic Summit, focusing on how programmatic advertising is maturing and evolving. Programmatic ad buying is already mainstream, but it’s being forced to evolve as the pillars of programmatic are coming under pressure from many sides. The continued shift in how we use the web, toward mobile and social, have forced publishers and advertisers to rethink the data they use (the presssure on third-party cookies and the rise of first-party data) and alter their ad formats (of which “native” is one concept) to create better ways to build, deploy, and buy ads at scale. 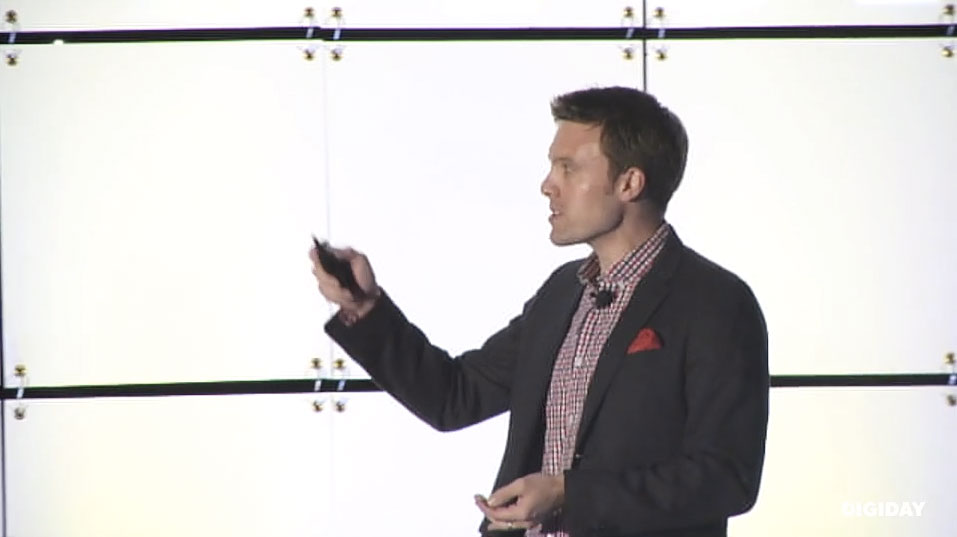 At the core, I believe that people define the ad units that advertisers use by how they use the web, because brands follow eyeballs and dollars follow performance, and thus publishers and advertisers are forced to evolve their ad units to fit the mediums and interaction methods that we make popular on the web. At first, that means custom ads and test periods, but over time, that means that new formats create processes so that they can be bought and sold at scale. Therefore, what’s native today will be programmatic tomorrow. As Digiday quoted from my talk,

“The idea that native can’t be programmatic is based on a fundamentally short-sighted view of what native is,” Davidson said.

The platforms have embraced programatic: Facebook and Twitter are now public companies, powered by billions of dollars in advertising revenue through programmatic channels, and Pinterest and many others are beginning to test, guardedly, programmatic advertising offers.

The platforms highlight an important shift, in that programmatic is going far beyond the banner:

“The real challenge around programmatic is not around using the pipes to send more banners,” he said. “Instead, it’s about marrying new formats with content, targeting and data to create a different model for ad deployment that’s native to the experience.”

… and that’s happening with traditional publishers as well as social platforms. Publishers are evolving their ad offerings to deal with the pressure of the shift to mobile and social, and you can be sure that beyond their initial push to offer custom content offerings and native ad formats are native ad networks, native SSPs, native exchanges, and a new set of aggregated and automated ways to buy and sell these new formats.

That eventual evolution highlights the real challenge. If we simply recreate a native adtech stack and buying process that replicates the system created for banners, banner blindness will be supplemented by native ad blindness. And who wins in that new normal?

Programmatic is often thought of simply as a format, but it’s important to separate the process from the formats. Programmatic buying processes are here to stay, and will continue to evolve under different guises like programmatic direct, programmatic guaranteed, real-time bidding, and other possible new processes still to-be-created. But the ad formats and the data stacks will continue to evolve significantly, and to figure out where they are going, start by looking at where consumer technology is going.

Digiday wrote up a good summary of the talk at 5 signs programmatic advertising is taking off, and you can watch the full talk on Vimeo, The State of Advertising Technology (13 minutes) and view the slides on Slideshare, The State of Programmatic. And thank you to Jonathan Kim (@jkim772) of The Media Kitchen for his thoughts and contributions to the talk.