Signs of how peer-to-peer technologies will disrupt the centralization of the Internet.
by Taylor Davidson · 16 Apr 2014 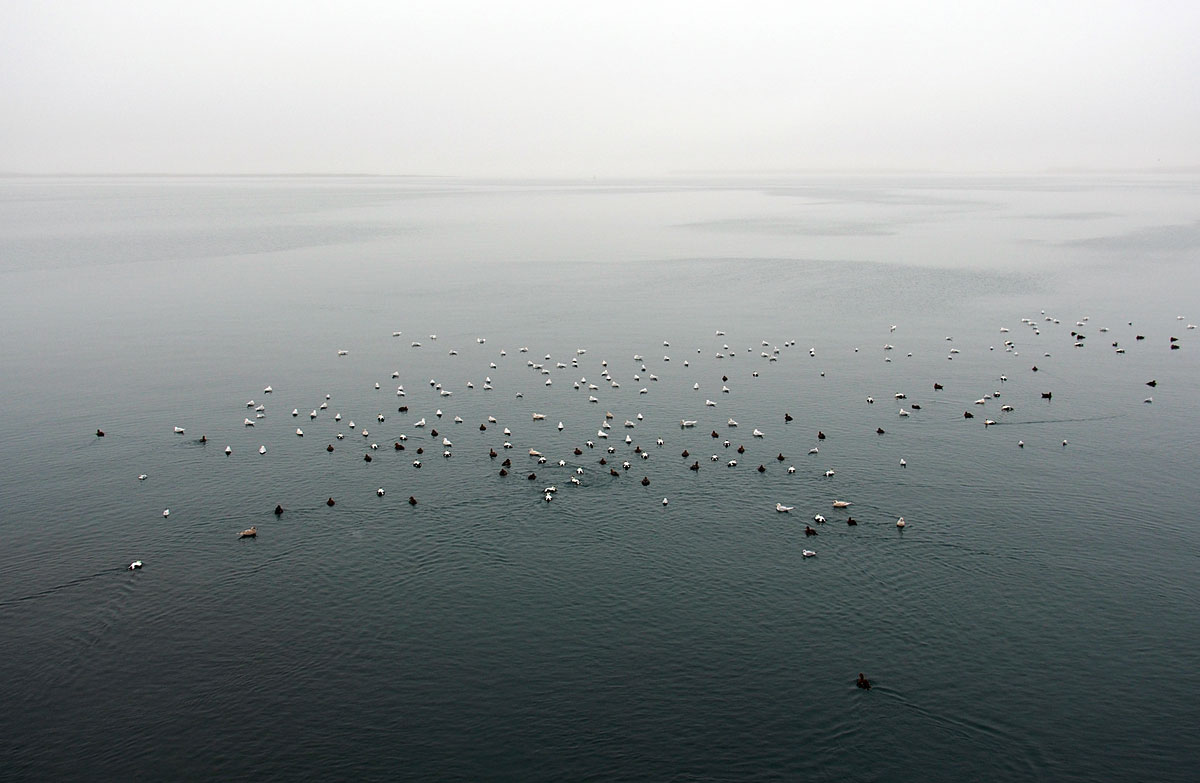 Movements are usually a reaction to a particular style that precedes the movement. - Technological changes often bring movements to be. - New movements often involve exploring an old medium in a new way.

Art has been defined by a series of movements for thousands of years, each building on or responding to the movement preceding it. But note that movements don’t look like “movements” in the beginning, they look like a couple people trying something new. If it resonates and becomes popular (or at least noticed), they over times it starts to starts to become a movement. Several painters started to paint the French landscape and village people in a realist way in the late 19th century, differing from the current dominant style of Classicism, and although it was originally rejected and derided by the masses, it came to be known as Impressionism. Manet, Monet, Cézanne, Renoir, Sisley, Degas; these artists today grace museums around the world and inspired numerous other artists to innovate and create their own styles.

From Impressionism to Expressionism to Cubism to Surrealism to Abstract Expressionism and more, each movement innovated on the preceding with a fresh look at how to create art. This same dynamic has expressed itself in fashion, media, politics, science, culture, technology, and many others areas. So it’s not surprising to see the beginnings of a new technology movement, that of a peer-to-peer distributed Internet, rise as a response to the dominating centralization happening on the web today.

Bruce Sterling called the rise of the the centralized silos, called “stacks” in 2012,

In 2012 it made less and less sense to talk about “the Internet,” “the PC business,” “telephones,” “Silicon Valley,” or “the media,” and much more sense to just study Google, Apple, Facebook, Amazon and Microsoft. These big five American vertically organized silos are re-making the world in their image.

But trace the history of the web and you’ll see a series of movements: from the centralized ARPANET to the distributed, open-source Internet and TCP/IP, to the walled gardens of AOL, Prodigy, Compuserve and others, back to the open and distributed Internet, which spawned the centralization of attention and dollars into the decentralized nodes of Facebook, Twitter, Google, and Amazon on desktop and Apple and Google on mobile. In fact, with the way that Apple controls the iOS app store as a gatekeeper for new services, Apple has effectively centralized the iOS ecosystem.

Technology centralizes power and wealth, but only for a time. Culture and government respond to centralization to create new regulations and cultural preferences, and force technology to adapt to the new environment. Movements may be driven by technology, but the ultimate arbiter of their paths are humans.

For example, Apple’s centralization of the iOS mobile ecosystem wouldn’t have happened if people didn’t want Apple devices. And Facebook and Google wouldn’t have the unlimited cash flows to purchase raw virtual reality technologies, drones, and robotics companies if we didn’t use their services. So the real questions are these: will we change what we use? And why?

When VCs chat, the topic of “what’s interesting” always comes up. “What’s interesting” is usually a combination of what they’ve been reading about and the companies and the people that one has been meeting. It’s a reflection of signals picked up from a variety of data points, people, and conversations, synthesized into a macro view of the market and a micro view of the companies with the potential to win.

Which is a long way of saying I’ve been seeing a lot of signals that point to the potential of distributed Internet services, in response to the rising centralization of the Internet. We’ve already begun to see some backlash to Facebook, Google, Apple and others, including the furor over the NSA’s spying of the Internet, major security breaches and stolen profiles and passwords from big sites, complaints about Apple’s control of the iOS store, public protests over tech companies in SF, and the increasing realization and disgust over how personal data is used to optimize digital advertising.

People are beginning to realize what happens when they continue to use the services they made so popular. But there aren’t many alternatives, except to move to newer and less-established-but-would-be-stacks.

Distributed services point to a different path. Peer-to-peer technologies are the drivers behind new approaches for messaging, file sharing, content, lending, and payments (hold off on that one for now).

Multipeer Connectivity is a framework that enables nearby devices to communicate over infrastructure Wi-Fi networks, peer-to-peer Wi-Fi, and Bluetooth personal area networks. Connected peers are able securely transmit messages, streams, or file resources to other devices without going through an intermediary web service.

Apple’s AirDrop is the first app built on top of their wireless mesh networking protocol, but it’s early days. By allowing users to chat, exchange files, and share data between people without an Internet connection, purely through a chain of peer-of-peer users without going through the cloud, there are a range of potential ways for services to utilize it. How?

Think of wireless mesh networking as giving app developers the ability to create tiny, private or public Internets that are limited in time and place. It will have a somewhat similar impact as the Internet itself in how it undermines authority control over communication.

One of the first examples is OpenGarden’s FireChat messaging app, which allows people to chat without an internet connection. It does this by utilizing multipeer conectivity (for iOS) and multihop mesh networking (for Android version) to connect with people directly using Bluetooth or Wifi, without routing messages over the Internet. That’s great for a number of situations where Internet connectivity isn’t possible, but it also offers potential privacy and security benefits: if nothing is routed through a central server, whether it’s Open Garden, or a wireless carrier, then there’s no central repository to harvest by hackers or a government agency.

Another application is Infinit, a desktop file-sharing app that uses peer-to-peer technologies to share files directly between people without routing them through the cloud.

Or consider Popcorn Time, an app that created a new front-end UI to BitTorrent that brought a Netflix-like experience to BitTorrent. While Popcorn Time was folded by the original developers shortly after launch, the technology was open-sourced and there are now multiple groups working on new versions of it.

And with the continued rise of wearable devices, the connected home, iBeacon, and the broader Internet of Things, the usecases, functionality, and value to connecting devices without needing Internet connectivity should rise dramatically.

While the technologies behind BitTorrent, peer-to-peer, open source, and mesh networking aren’t new, the new apps built on top of them today represent major disruptions. But it doesn’t stop there.

Bitcoin is at the center of the distributed Internet technologies movement, and rightly so. But as much attention as Bitcoin is getting, it’s the blockchain, the fundamental engine behind Bitcoin, that has even more potential:

The “blockchain” — the engine on which Bitcoin is built — is a new kind of distributed consensus system that allows transactions, or other data, to be securely stored and verified without any centralized authority at all, because (to grossly oversimplify) they are validated by the entire network.

Want to understand how Bitcoin and the blockchain work, in detail? Read this.

The blockchain, based on a distributed peer-to-peer model, added two very important innovations, a proof-of-work protocol and a distributed ledger, to peer-to-peer. It has opened up a range of possibilities for ways to apply the blockchain outside of payments (here’s 84 potential usecases, to start), including ideas like distributed DNS (Namecoin), email (BitMessage), and more.

Granted, significant technical hurdles still exist. For example, the size of the blockchain has more than doubled in the last year, and is now over 16 GB, and thus processors and batteries will have to improve to make the idea of a blockchain viable for other distributed services and move broader into mobile.

But it’s possible to see how bitcoin, as a leading app for the blockchain, and a wide range of other peer-to-peer apps built on top of new mesh network technologies, could create unique, valuable, distributed alternatives to centralized approaches. Alternatives, not complete replacements, but viable alternatives could create knock-on effects at how the stacks do business. And the time for it could be now, as people are beginning to see the broader implications of the centralized Internet, and it’s feeding a burgeoning appetite for alternatives to the stacks.

Bitcoin, multipeer connectivity, and mesh networking may seem far-fetched, but they could be signals that the next movement is already here.