Last Friday I handed out twenty-three cards to tell twenty-three people they had been accepted to be a part of the latest class of the kbs+ Ventures Fellows. 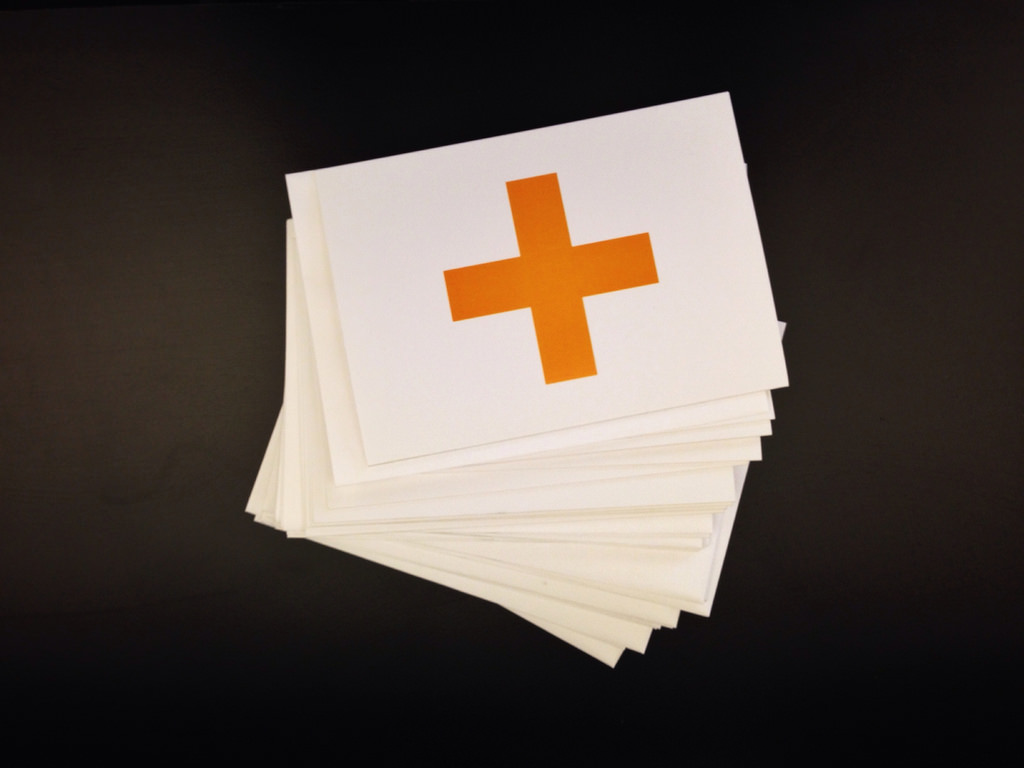 What’s Fellows? Fellows is an in-house educational program, where we select approximately twenty people from a pool of applicants to work with kbs+ Ventures and learn about venture capital and entrepreneurship. It’s part-time and temporary, with Fellows typically working about 2-3 hours a week throughout the four month program. And we accept people from all levels and all areas of kbs, from junior planners to co-chief creative officer, from media to creative to social to PR to anywhere from the organization.

We recently started our sixth class, and through these classes have taught 109 people about venture capital and entrepreneurship through a structured educational program. It consists of eight classes, with topics ranging from how to be a VC, to VC math, to how to fundraise, to how to build a business, and more. 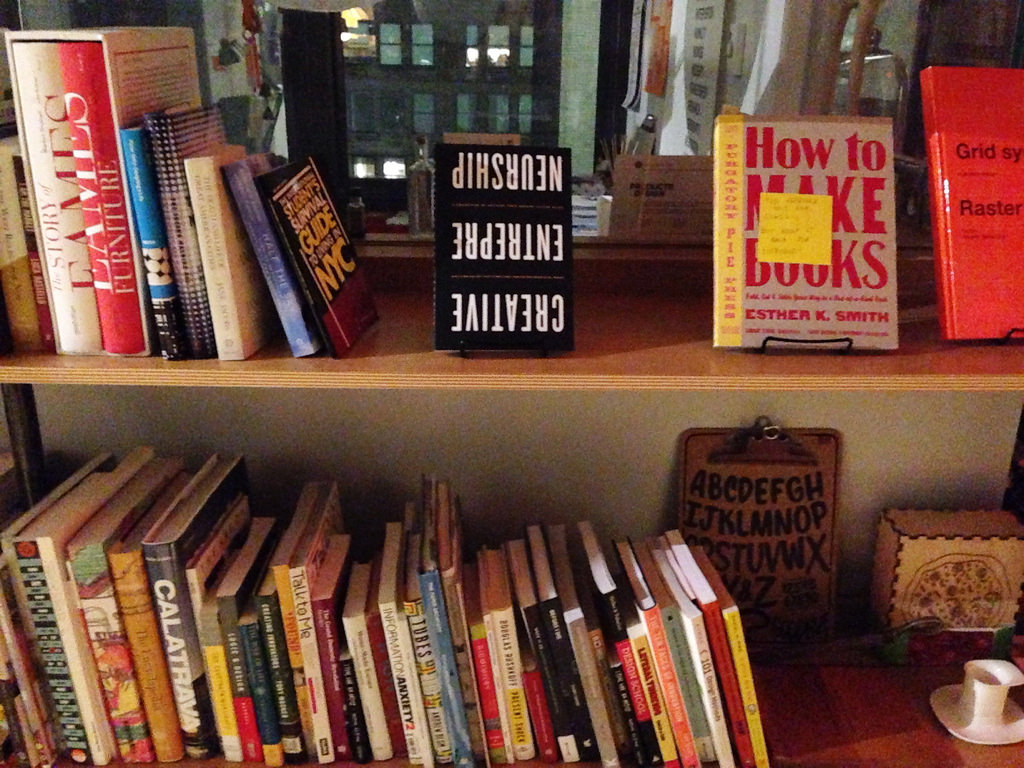 In 2013 we created a book called Creative Entrepreneurship to be the textbook for the Fellows. We curated articles from twenty-five authors, primarily entrepreneurs and venture capitalists, to curate the best of the web’s knowledge and provide a single resource about venture capital and entrepreneurship for our fellows. But we didn’t stop there, and also released it to the world free of charge, where over 12,000 people have downloaded the book.

We’ve also given away over 2,000 print copies of the book to a wide range of incubators, accelerators, and universities, through General Assembly, WeWork, 500 Startups, the New York Times, Venture for America, University of Chicago, University of Virginia, Carnegie Mellon, and just earlier this week, the School of Visual Arts in NYC. Everywhere an entrepreneur is asking the questions about how to build a business, Creative Entrepreneurship could be a resource for them.

We also supplement the classes and coursebook with a series of fireside chats with entrepreneurs and venture capitalists, with people from First Round Capital, RRE, First Mark, Founder Collective, Picturelife, PlaceIQ, Songza, and many others. And we spend time with our portfolio companies on strategy, sales processes, and more, brining in Fellows to help in areas there they are subject matter exports. 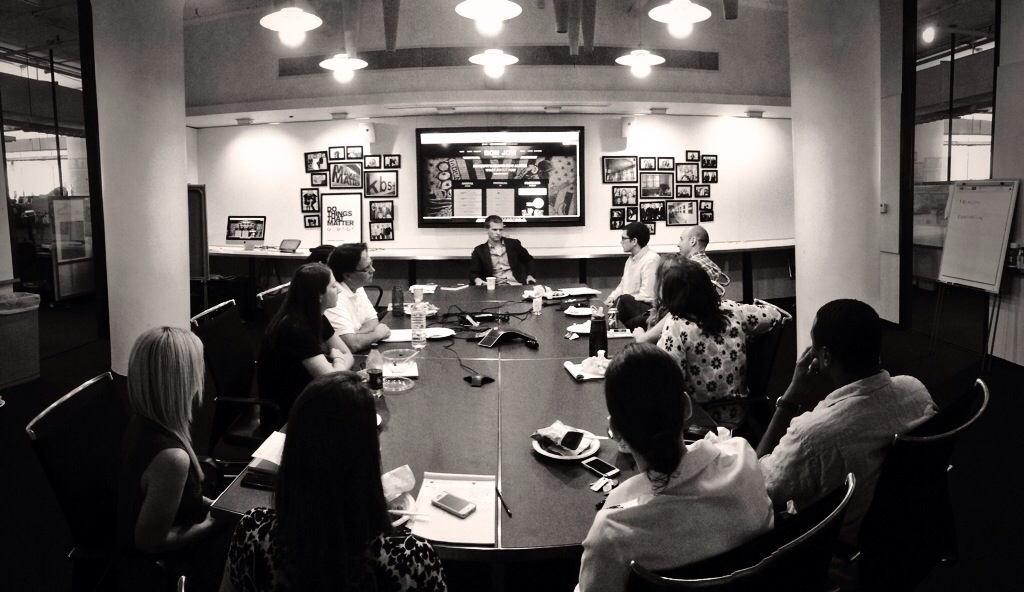 But taking a step back, why do we do this? First, let’s think about why people want to be a Fellow. Looking at all the words that showed up in all applications, look at the words that show up prominently: learn, technology, opportunity, knowledge, experience, ideas, like, and love.

Last year AdAge covered the Fellows program in a great article with the title “How to retain talent? Teach them to leave.”. Behind the headline, however, is a deeper idea.

Fellows provides an outlet for passion, curiosity and experience outside the hierarchary and one’s specific day-to-day responsibilities. Nobody is really preparing to leave to be a venture capitalist or to be an entrepreneur, they’re taking the opportunity to learn about startups and new technologies in a different way that’s additive to their everyday work with vendors and other agency partners.

Why does that matter?

Take the Lean Startup, for example, a movement that’s created a dogma on how to build an early-stage company. Or Rework, the second book by the small company 37signals, the creator of Basecamp, which explained how to organize a company, make decisions, get rid of meetings, get rid of distractions, and focus, focus, focus. But it’s not just startups that are paying attention: many big companies want to act more like startups, and it’s books and movements like these that are being read by people at companies of all sizes.

The attention paid to efficient organization and structure isn’t new, of course. Gore is a famous example of a “great place to work”, because of their internal processes for allocating work and time in a non-hierarchial structure that’s heavily based on teams. Valve software is another newer example. And we’ve started to see Holacracy, a corporate operating system that is similarly based on self-managed individuals coming configuring themselves together, based on passion, to work on bigger goals.

And so Fellows comes from a mixture of these efforts from big and small companies. By bringing people together because of their shared passions, by tapping into the diversity of people in a class from al throughout the agency, by creating “collisions” for ideas to be shared, Fellows creates a network outside of the hierarchy.

And this breeeds growth for the individuals and the company. Teaching someone how to be an entrepreneur doesn’t result in someone leaving to start a company: it gets them thinking like an entrepreneur and applying it to their work at kbs, and it seeps into the DNA. Appetite for speed. Tolerance of risk. Openness to change. Focus on what’s important. Testing and learning. Activating entrepreneurship, in it’s own way.

Fellows is a pillar behind making us very different from the average corporate VC. We’re integrated into kbs and The Media Kitchen, allowing us to get great insights about the space from the practitioners and subject matter experts sitting a couple of desks away. And it’s a big part of what makes kbs+ Ventures what it is.