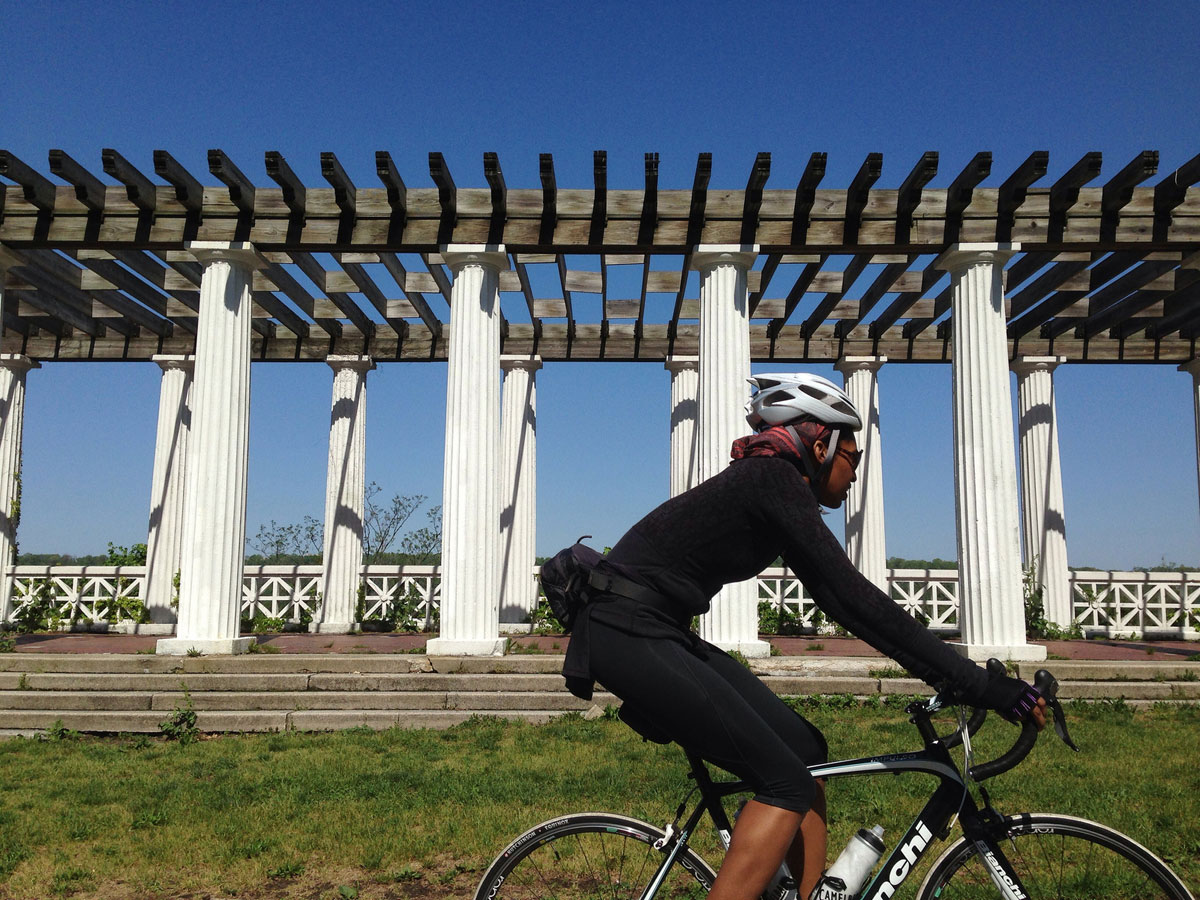 It’s easy to forget that Manhattan is an island. But if you walk or cycle around the rim of Manhattan, you can prove it to yourself.

In 2013 about 900 people signed up to walk 32 miles around Manhattan in the 27th annual installment of the Great Saunter. I’m not sure how I first heard about it, but it was the kind of small adventure that instantly appealed to me. Unable to make my schedule work for the Sauner itself, I decided to tackle it in a different way, by cycling around the island.

To be upfront, circumnavigating the island by cycling is hardly a smooth ride, as there are a number of stairs where you have to carry your bike, lots of crowded running paths, and many portions where you’re forced off the waterfront and into the streets. The key to ride is to follow the Manhattan Waterfront Greenway as closely as possible, and understand that there are significant gaps in upper Manhattan and Harlem that will make it impossible to hug the water. While it may not be a “clean” circumnavigation of the island, it’s surely a memorable experience.

I decided to tackle the island clockwise, starting in the East Village, and then headed south along the East River, through the South St. Seaport, back north around Battery Park City, up the West Side Running Path and through Riverside Park, up to the Northwest Overlook, down the Hudson River Greenway, and then took Dyckman St across to Harlem before heading south down the short Harlem River Greenway and going inland down St. Nicholas Ave, east on 120th St., before working my way back to East Side Promenade and back to the East Village.

A fun Saturday morning ride, 32 miles around the island.

Want to do it yourself?