The Lytro is a discontinuity in digital camera evolution.
by Taylor Davidson · Mar 26th, 2012 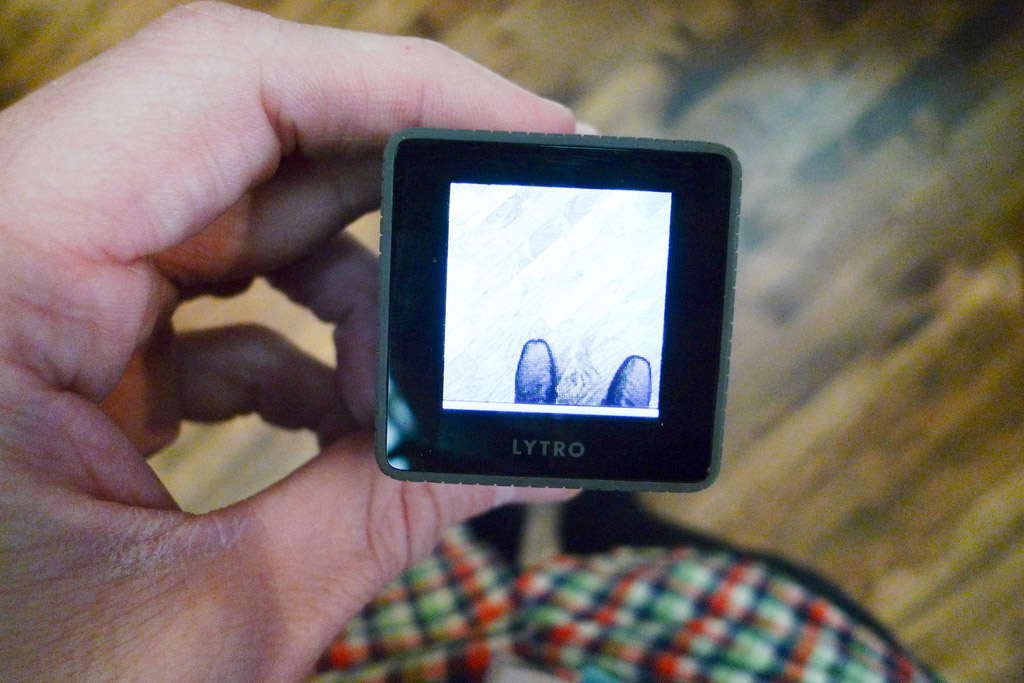 The Lytro, a discontinuity in digital camera evolution.

If you haven’t heard, the Lytro is a “light field camera” that leverages a new technology to capture images in such a fundamentally different way that comparing it to the average digital camera isn’t the right way to think about it. Instead of capturing a single representation of a scene at a single focal length, it captures a wide range of representations at different focal lengths. Press the shutter, and it doesn’t take a “picture” is as much as it captures a range of pictures.

What does that mean? That means instead of focusing the Lytro camera on a specific point of focus, you merely take a Lytro picture of the scene, and then when you look at a Lytro picture on your computer or the web, you can browse through the various possible focus points. This is the functionality most reviews focus on: you don’t focus a Lytro camera, you focus a Lytro image.

Of course, it’s not quite that simple, as the two modes, Everyday and Creative, are a bit different in how they are best used: Everyday mode is best for “refocusing across the entire scene”, while Creative mode “allows the refocusability to be concentrated around your subject”.

The difference between a Lytro and a traditional digital camera is most obvious (at the moment) for a particular kind of shot: where you have a close-up subject and a far-away background. In these situations, the Lytro “living image” is truly living, and as you click through the foreground, middle and background to refocus the image, the image feels as if it’s never finished (click here for examples).

I got to experiment with one at SXSW PhotoCamp, and talk to the Lytro marketing crew, and was fascinated.

As a technologist, I think the Lytro v1 is a fascinating example of the potential of the lightfield technology. Not quite a mass-market device, clearly not a competitor to Canon, Leica or Nikon, but something to watch closely. Just remember this is a v1 consumer application of breakthrough scientific research. The Lytro has lots of room for technological improvement and new applications.

The Lytro, a new medium.

As a photographer, I’m convinced this isn’t just a new camera, but a new medium.

When we spoke to Lytro’s Founder and CEO, Ren Ng, he made a comparison to Polaroid photography, and we think it’s a telling reference point. Polaroids seem ridiculous if judged by the standards of film photography but that didn’t mean they weren’t capable of offering something interesting and creative. It was a medium that offered something different and it was used both practically and creatively for those differences.

The best images out of a Lytro won’t feel like images out of a film or digital camera: the Lytro (and lightfield technology more generally) creates a new form of creative expression. Viewing a Lytro image is a lean-forward experience, not a lean-back experience. A great photograph invites us to lean back and move our eyes and our minds around an image. A great Lytro image will invite us to lean forward and dive our eyes into an image.

Neither form of experience is better or worse, they are just different. It’s possible to make great websites as both lean-back and lean-forward experiences. Television is increasingly creating interactive components and experiences. Why shouldn’t photography?

Great artists learn how to use the tools available to them in their time. New mediums bring new masters. My hat goes off to the still-to-be-discovered, first, great lightfield photographer: it’s going to be fun to see how they do it.