Detailing how first-party digital intent data can be used by marketers and advertisers, and why intent data is not the same as social data. Startup idea enclosed.
by Taylor Davidson · 30 Jan 2012 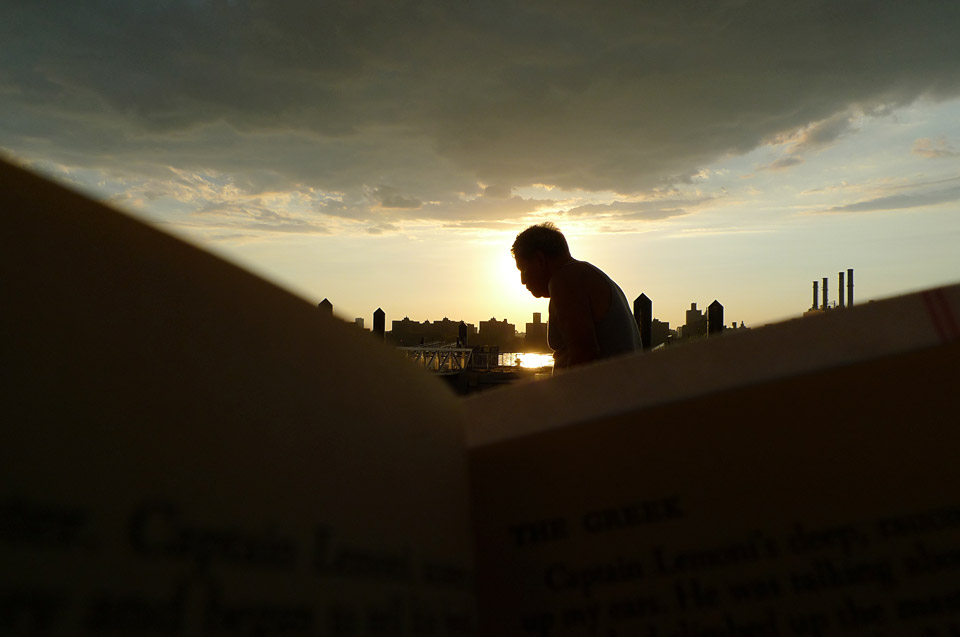 Good to see Techcrunch write this weekend about data and its potential impact on ecommerce.

But not only did they miss the point about personalization, they missed the biggest opportunity in the space.

##Data, data, everywhere. But not a byte to use. *
Pinterest, the new hot thing, is already driving real traffic to ecommerce sites; Tumblr, the still-hot thing, is closing in on a billion page views a month; Polyvore recently raised a new round to capitalize on their growing community and traffic; and the web abounds with niche social clipping services.

And in each clip, store, share, pin, re-pin, tumble, re-blog is a tremendous amount of data.

Granted, the data isn’t clean, and the intent behind each action may not be clear, but it’s a signal of intent and desire just like a search and a click.

While social clipping sites like Polyvore, Pinterest, Svpply, et. al. are great sources of personalization data, they are particularly valuable for fashion and “soft goods” where tastes change quickly. Why? As David points out, data-driven personalization simply doesn’t work the same for fashion the same way it works for books. And social data isn’t the solution either: friendship and taste are two separate things. First-party intent data (or, “taste data”) from social clipping services are more powerful signals of relevancy or potential purchase intent than third-party social data (i.e. social data mined off-site from Facebook, Twitter and other social sites). The data created in these services is much more relevant, and it’s not just because people are signaling purchase intent through what they clip and share: it’s because tastes and intent is more clearly aligned in these tighter, more focused communities.

Granted, the intent data from Polyvore may not be as portable as social data from Facebook (i.e. it may apply to a smaller amount of contexts), but that’s up for the data scientists to figure out. What I do know is that intent engines will power the golden age of Internet marketing. The hardest part will be figuring out how.

##Native Monetization Engines, powered by First-Party Data
The most powerful way for intent engines to leverage their first-party intent data is to build native monetization engines that tap into the types of products, services, and transactions that are popular in their communities.

Now, this isn’t a trivial task. Amazon has spent years on their personalization engines. Netflix found the problem of improving their recommendation engine so hard they ran a public contest to find innovative ways to figure out what you want to watch.

I believe most of these social services have not created recommendation and discovery engines tied to their first-party intent data because 1) they have more immediate product and scaling issues to deal with, 2) growing traffic is more important at the moment, and 3) it’s a hard, hard problem to solve.

There’s room for a new solution to help solve this “hard, hard problem” by creating a universal native monetization engine. The monetization platform could first be launched as an API that pulls in a service’s unique intent data, parses out significant intent, and passes it back to the service to tell them what to recommend.

Each service obviously has unique data properties and signals (i.e. the intent behind a pin probably doesn’t equal a re-blog), so it’s an open question whether a third-party could build an optimization engine across these unique sites. I’ll leave it to the data scientists to figure out if the learnings from one algorithm could work for another.

##Matching First-Party Intent Data with Third-Party Data
Obviously, I understand that Tumblr and Pinterest may not want to outsource their intent monetization engines to the same company, but the model is already used in many other industries (for example, many airlines use the same yield management and revenue management software).

But even without a universal monetization engine, there is an opportunity for a DMP (data management platform) to manage these services’ first-party data and match it up against second-party and third-party data supplied by a host of cookie, geo, site, and social data providers. That’s a successful model used in online marketing and advertising for years. Third-party data can be a powerful way to target and optimize marketing messages [1], and many services are already using third-party data for personalization and discovery (Spotify and Rdio using third-party social data to recommend songs, for one).

Taking it one step further, could this DMP tie together a range of different monetization services? Start with an affiliate network clearinghouse to power ecommerce affiliate sales, add an ad server that allows marketers and advertisers to use a service’s first-party intent data for onsite ad optimization, and see what else others could build on top of intent data. The online advertising world knows how this works: same model, new data.

##Selling Intent Data
The next leap, and perhaps the scariest one for these services, is selling first-party intent data through intent exchanges for other people to use for targeting, retargeting and optimization purposes. One of the biggest problems for Google in unifying their data sets across services is that it breaks the original contract that Google made with their users. We’re not really mad that they are unifying all our data together, we’re mad because this isn’t what we agreed to when we started using Google. This is why we get upset when Facebook changes the layout, news feed or data policies to sell more relevant ads. That’s why we worry about the business model of any new service: we know that free comes with a cost, and what we may love at first may end up very different once the service figures out how to make enough money to support itself.

Selling data is troublesome for these services because from a user’s perspective, it sounds horrible. Sell my data? Without me earning anything from it? Without me agreeing to this shift in policy?

Some companies can make it through that change, others can’t. And it’s all about how it’s implemented and communicated.

##Turning on Built-In Business Models
Can Tumblr, Pinterest, Polyvore and others turn on their ecommerce engines? Or will they remain media-driven, sponsorship and advertising-based companies? Time will tell.