What happens when everybody’s a venture capitalist? The crowd is waiting to disrupt yet another industry, and the time is now for the venture industry to take advantage of it.
by Taylor Davidson · 23 Jan 2012 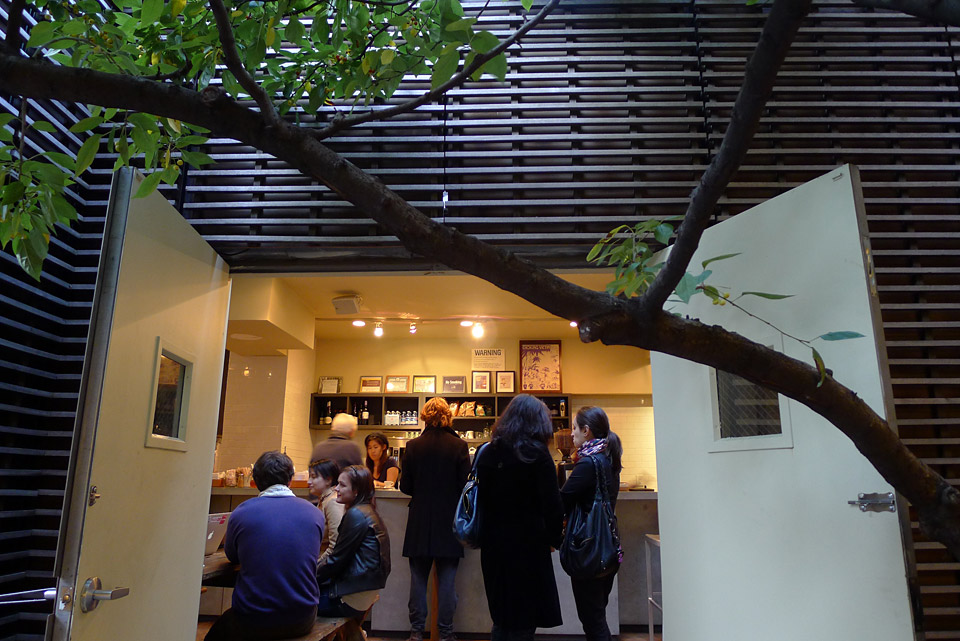 A couple weeks ago I wrote about how the crowd is disrupting the photojournalism industry. Put a camera in everyone’s hand, and it’s not a surprise that the photography industry has to adapt a bit.

As the crowdfunding bill winds its way into Congress, the venture capital community has to start thinking about how the crowd could change how new ventures are funded and how they could have to adapt.  Let anyone invest a money in startups, and what happens?

First off, here’s happening in Congress: there are a couple different pieces of legislation aimed to change significant limitations for entrepreneurs raising private capital.  While one simply aims to raise the 500 shareholder rule to 2,000 shareholders, and one aims to reduce registration requirements for IPOs under $50 MM (potentially bringing back the small-cap IPO), the most interesting is the Entrepreneur Access to Capital Act, which would allow entrepreneurs to raise up to $2 MM in capital per year directly from individuals without having to register them with the SEC, essentially allowing companies to crowdsource investment capital from “non-accredited investors”.  Individuals would be limited to $10 K or 10% of their annual income, whichever is less.

Will it pass? It was passed by the House in Nov 2011, but it’s far too soon for me to tell if it will clear the Senate. But let’s think about the long-term impacts here, because even if it doesn’t pass right now, the long-term pressures are here to stay.

Here’s how I think it will play out.

##The dollars will come from the crowd, but the badges will still come from the big names.
If you’re an entrepreneur and you found out you could now raise $2 MM by going directly to individuals, what would you do tomorrow?  You’d probably setup a link on your website telling people you’re raising money, and you’d start promoting it.  You’d also start looking for platforms and communities of engaged potential investors to tap into the right crowd that would be interested in your idea.

The first one would get pretty crowded pretty quickly, as getting attention is pretty tough. Long-term, the platforms offer you the best chances of actually raising money.

If you’re an individual investor, you’ll need some way to figure out if this company is going to make it big.  You’ll do your research, you’ll listen to tips from friends, you’ll hear about things in the press, you’ll see where others are investing your money. You’ll make independent decisions, but you’ll still need signals to help you allocate your attention.

Who is best positioned to be that third-party?

Kickstarter, SecondMarket and Angellist are the best positioned from the early-stage crowdfunding, investing, and fundraising perspectives.  But any company with a trusted party relationship with masses of engaged individuals and the resources to create robust responsibility mechanisms could create a crowdfunding community.

And that’s important to remember, because it’s likely that we would see an abundance of crowdfunding platforms. “The crowd” actually consists of many crowds across many industries, technologies, countries, and niches, and I would expect to see many different crowdfunding platforms emerge in their own spaces.

Crowdfunding platforms could emerge around the innovation platforms set up to engage highly interested and engaged consumers (i.e. the innovation platforms created by HP, Dell, Procter & Gamble, and other companies pursuing Open Innovation strategies), and they could also emerge around companies with extensive supply chains (i.e. GM, Ford, Apple, Cisco, etc.), as an extension of their vendor-sourcing and vendor-financing efforts.

But the important thing here isn’t the technology: look for the communities first.

As I’ve said before, beyond raising money, crowdfunding is a highly evolved form of sales and community engagement. Well-run Kickstarter projects are about more than money: they can be great footholds to build a community and establish base of supporters that can evolve into customers when the time is right.

VCs will still play very important roles in providing access to resources, relationships, strategic advice. But the role of a partner and a mentor will be even more valuable: an entrepreneur can tap into the crowd for money, but they’ll never get the same close relationships or advice from the crowd than they’ll get from a professional venture investor. And as money flows from the crowd to startups, I believe we would see a lot more companies started as projects, a lot more entrepreneurs looking for early exit opportunities, a lot more acquisitions by very early-stage companies, and a larger need for institutions like venture capitalists to make those connections and transactions happen.

The important thing for investors would be to pick their industries and stages carefully. Very early-stage valuations could raise substantially, cutting out opportunities for early-stage angels and VCs, and push more venture investors farther upstream to later-stage momentum capital.

Really intelligent venture investors will learn to collaborate with the crowd, rather than merely competing against the crowd. We could see big venture capital firms create their own crowdfunding platforms and raise sidecar “crowd” funds from the masses. VCs would act as the trusted investment advisor for the crowd. Early-stage investment could finally see it’s own mutual fund. A Kleiner Amazon crowd fund could be a huge hit.

##If new legislation passes, the “problems” of crowdsourcing investment capital will create a lot of business opportunities.
Will it create a new wave of speculation? Undoubtedly. But once the wave passes, that’s when the real activity starts. We have to get through the wave to get to the good stuff. The lesson we have learned throughout time is that limiting access to a small amount of participants in opaque markets creates massive problems with wealth concentration. Crowdfunding could disrupt that in the early-stage investing area, and allow a much larger number of people to participate in the value creation that occurs in the early-stages of company development.

And it could also create a lot of interesting business opportunities around data, company performance transparency, tracking and accountability, registration, communication, and investment management. I’ll leave it to the entrepreneurs here to think about the possibilities, but the lesson is clear: crowdfunding is a simple idea with wide-ranging impacts on existing and new businesses. Everybody involved in funding, supporting, and benefiting from early-stage innovation will need to create a point-of-view on how to best position themselves to take advantages of potential legislative changes.

Whether we like it or not, the crowd is at the door. And whether the laws change now or later, the underlying pressure of the crowd isn’t going away. Better to disrupt than be disrupted.