Everyone’s going to pay attention to Facebook raising $500 million. But pay much more attention to where the money is coming from.
by Taylor Davidson · Jan 3rd, 2011 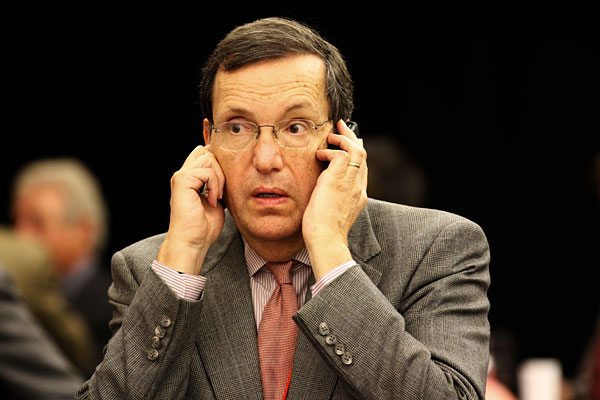 So, Facebook’s raised $500 million from Goldman Sachs (new investor) and Digital Sky Technologies (previous investor) at a valuation of $50 billion.

But much more interesting is how Facebook is raising the money, because it’s a sign of major changes in private company financing.

In the last couple years, many hot tech startups have raised significant funds from non-traditional sources (Russian and Saudi funds et. al.) and have opened up their shares for trading on secondary markets like Second Market. Secondary markets are good for liquidity, good options for employees to reallocate their wealth and sell shares, good for accredited investors to invest in companies that they would otherwise be locked out of.

Then Facebook raised $450 million from Goldman Sachs, who also committed to raise an additional $1.5 billion from other investors through a special purpose vehicle.

Here’s the real fun. Note this, from the NY Times:

The new investment comes as the Securities and Exchange Commission has begun an inquiry into the increasingly hot private market for shares in Internet companies, including Facebook, Twitter, the gaming site Zynga and LinkedIn, an online professional networking site. Some experts suggest the inquiry is focused on whether certain companies are improperly using the private market to get around public disclosure requirements.

In a rare move, Goldman is planning to create a “special purpose vehicle” to allow its high-net-worth clients to invest in Facebook, these people said. While the S.E.C. requires companies with more than 499 investors to disclose their financial results to the public, Goldman’s proposed special purpose vehicle may be able get around such a rule because it would be managed by Goldman and considered just one investor, even though it could conceivably be pooling investments from thousands of clients.

This is the wow. Wall Street has caught on to a new money maker. Derivatives are the new root of all evil, the housing market is in the pits, the middle class individual investor doesn’t have the available funds to pump money into the stock market in a down job market. But running on the trend of increasing consolidation of income and wealth in the US to the top 1% of the population, Wall Street is adjusting its business model. The mass public doesn’t trust Wall Street right now. But high-net-worth investors are willing to work with Wall Street because they understand it’s part of the game.

Wall Street is targeting the people with the money (as always), with the new hot investment opportunity (as always).

Will the accredited investor laws change? Will the regulations regarding secondary markets change?

Who gets cut out from the money, who gets burned, and how do regulators respond?