“Where meaning meets business” is a simple construct that can help us allocate our money, time, attention and love; why should we do things that don’t matter?
by Taylor Davidson · 27 Jan 2010 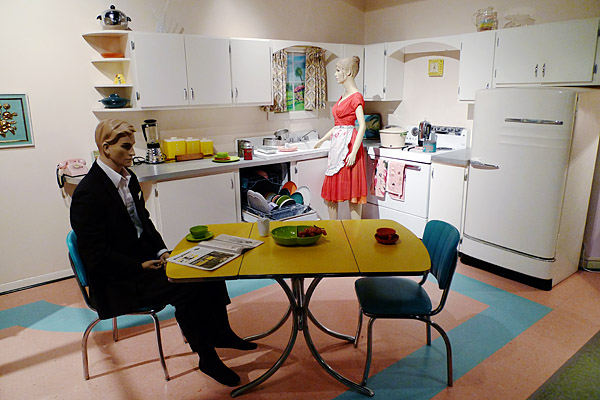 Roger Martin, in the Harvard Business Review, The Age of Customer Capitalism:

Modern capitalism can be broken down into two major eras. The first, managerial capitalism, began in 1932 and was defined by the then radical notion that firms ought to have professional management. The second, shareholder value capitalism, began in 1976. Its governing premise is that the purpose of every corporation should be to maximize shareholders’ wealth. If firms pursue this goal, the thinking goes, both shareholders and society will benefit. This is a tragically flawed premise, and it is time we abandoned it and made the shift to a third era: customer-driven capitalism.

… If the shareholders were all you cared about, would focusing on increasing shareholder value be the best way to make sure they benefited?

I believe that the answer to this question is also no. To create shareholder value, as I will show, you should instead aim to maximize customer satisfaction.

While Roger and I agree that a company’s ultimate success is derived by their ability to acquire and maintain enough paying customers to cover the costs to run their operations, I have one quibble: it’s impossible to separate shareholder value and customer satisfaction, because in they are derived from the same actions: people allocating their money, time, attention and love.

Thinking of “customer capitalism” and “shareholder capitalism” as two separate organizing principles exposes us the artificial lines we have drawn between what businesses do and how and why people spend money, time, attention and love.

We were taught that “customer satisfaction” and “shareholder value” were two separate things, but that exposes the root of the problem: they aren’t.

Instead of trying to shift from maximizing one principle over the other, why don’t we work to integrate the two principles? Why not work to maximize the whole, rather than the sum of its parts?

And since metrics guide behavior, instead of creating metrics attempting to measure each principle independently, analyzing and measuring the web of linkages and impacts of one principle on the other, why don’t we work to develop metrics based on an integrated view of customer satisfaction and shareholder value?

Umair believes that every organization must learn to fight the war on consumption. Why? Because thinking of people as consumers creates a layer of abstraction that obscures how organizations address the mission-critical need to make consumption more meaningful.

This is why I care about how to allocate passion, how to develop relatable events and experiences as “marketing campaigns”, how to do “cool stuff” that can become “meaningful stuff”, why ethics matter and how to embed humanity into business.

But more than anything else, when creating, supporting and investing in businesses, this is what I think about: does allocating my money, time, attention or love towards this help “meaning meet business”?