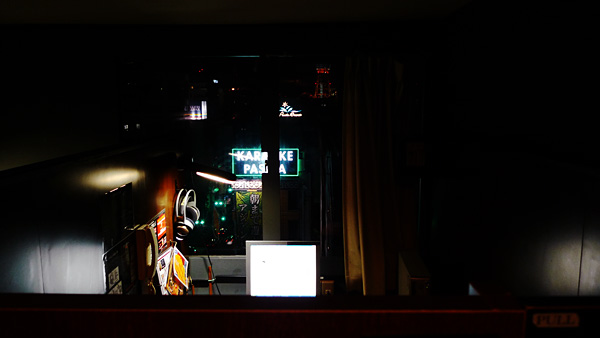 A couple days ago I pointed out one way to sleep in Tokyo that I wouldn’t recommend that highly, largely because far better options exist for finding a last-minute place to sleep for the night. A short post about going with the flow and embracing cultural experiences.

Approximately 11 million people commute throughout Tokyo every day, using a ridiculously efficient public transportation system to venture into the epicenter of Japan from their homes near and far. Roughly a million people pass through Shinjuku station every single day, yet it is only one of multiple major gateways to the city. Tales of commuting from bedroom communities up to 2 hours from Tokyo are far from uncommon, the effect of the economic magnetism of Tokyo, drawing 35 million people to the greater Tokyo region, driving up the costs of living in Tokyo and scattering people far from their jobs.

The public transport system is notoriously effective, timely, dependable and efficient, despite the fact that the trains, subways and buses are actually operated by many competing private companies, creating a maze of intersecting, overlapping and competing routes through the dense network of stations crammed into the area. Of course, the system has to work: how else would the masses driving Japan’s economy plunge into Tokyo every day?

But it’s not perfect. For many far-flung destinations, the last trains home can be as early as 10 PM, a problem for workaholic Japan and the salarymen (and women) that work and play in the city.

How does a functioning city adapt? For those who choose to skip a commute or two (or miss their last train home), a range of options are available:

Luckily for me, I had the opportunity to explore one of the options the other night, the result of going with the flow of a fun night and a fondness for cultural experiences. 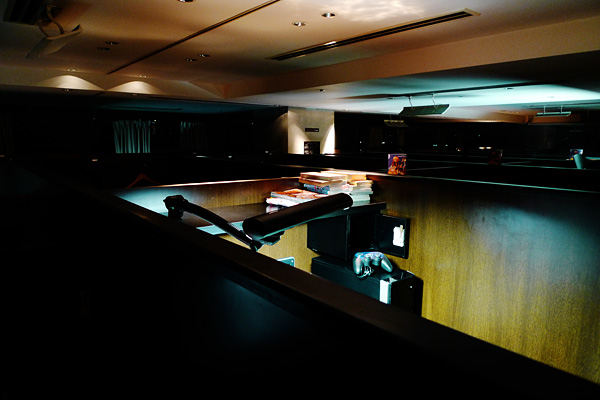 Compared to the Internet cafes that I have visited in North America, South America, Europe, Australia and Asia, Japanese Internet cafes hardly recognizable, a different beast. Although I have yet to see them myself, I have heard that Internet cafes in Korea and China are often centers for gaming, social life and businesses, far more popular and advanced than most places offering Internet access to the public throughout the rest of the world.

Japanese Internet cafes have developed into centers for entertainment, places for relaxation and private lives. Many offer private rooms with comfortable, reclining chairs, places for people to escape from the bustling city and crowded homes and relax, complete with computers with high-speed Internet access, libraries of comic books and DVDs, TVs, shower facilities, food, drink and other amenities. Since many are open 24 hours a day, they have evolved to become easy, cheap places for people to nap and spend the night, offering rooms with reclining chairs and flat beds and a range of rates to accommodate a variety of needs.

Some of this I knew before last Thursday night.

Some of this I only found out after I ventured into one to find a place to stay in Tokyo at 1:30 AM, the result of extending a night out with friends far past my last train home.

Check in was easy and quick. The rates were posted in Japanese and English and easy to understand, and after paying I was handed a small clipboard, instructions on how to find my cube, and released into a darkened cave of rows of cubes, flickering lights escaping over the tall walls. The hushed masses late at night: the sounds of light jazz, innumerable soft sleepers, a couple late workers, numerous late-night movie viewers, and one loud snorer, all softly wafting through the air. 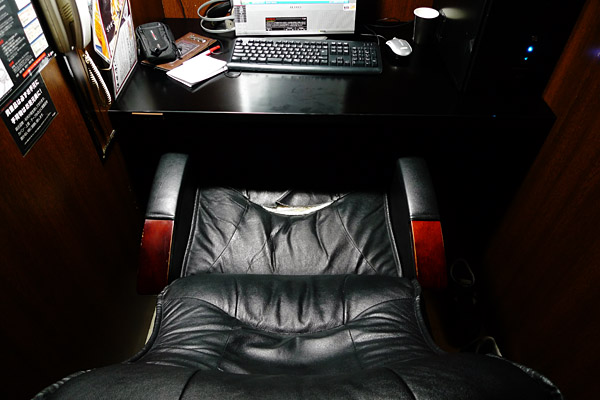 But also perfectly comfortable, at least for a tired, buzzed, notoriously heavy sleeper quite accustomed to sleeping in different places, and much more comfortable than sleeping in an airport.

How expensive was it, you might ask? 1,450 yen (about $15), about the same that my train ticket home would have cost: more expensive than sleeping on the street, but cheaper than the other widely-available options.

And of course, I woke the next morning in the heart of Tokyo, ready to explore the city, replacing the hours spent on the train with wandering through temples, shrines and the streets of the city.

Although I would probably look for a capsule hotel next time (in the quest for new experiences), I wouldn’t hesitate to spend another night at an Internet cafe in Japan. Especially after a good night out…