Snippets from an overnight train ride on the Bosphorus Express from Istanbul, Turkey to Sofia, Bulgaria on my current little jaunt.
by Taylor Davidson · 20 Aug 2009 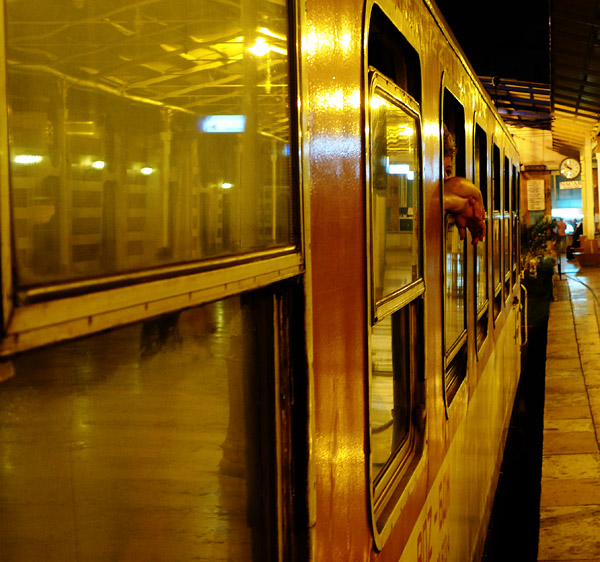 The relief of being on the train segueing into the nervousness of the journey, waiting for the Bosphorus Express to depart Istanbul’s Sirkeci Station, deep in the Golden Horn of Istanbul. 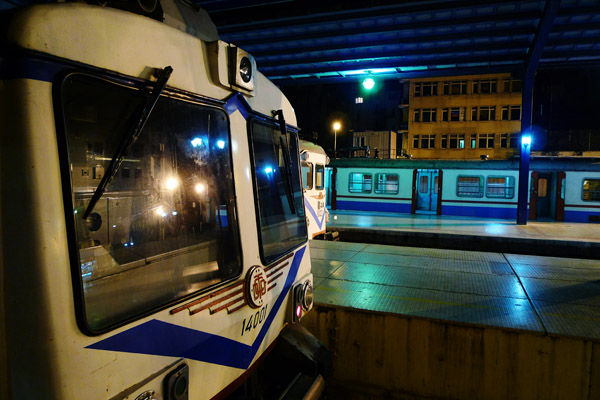 Sirkeci Station was originally the eastern terminus for the famed Orient Express linking Paris to Istanbul. But those days are over; in 1977 the service was scaled back to a much smaller Vienna to Strasbourg route. The Bosphorus Express, named for the Bosphorus Straits that divides Istanbul’s Europe and Asian sides, offers daily service between Istanbul and Bucharest, Romania, with connections through and to Sofia, Belgrade, Budapest and Chi?in?u, Moldova. 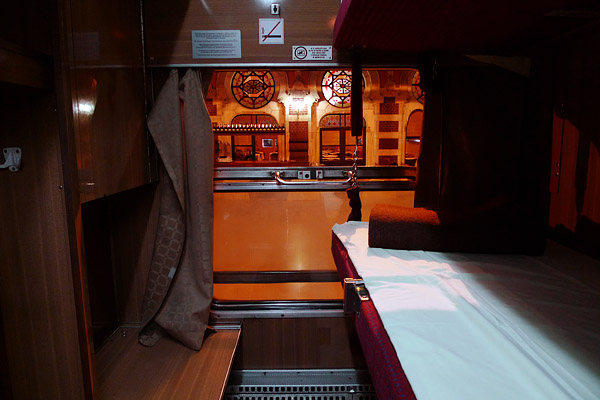 One fear, reduced: a well-appointed berth, one of the nicer trains I’ve slept on in the past couple years (and trust me, I’m used to sleeping in many different places 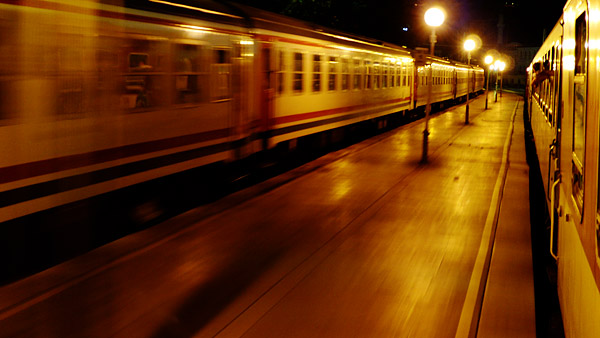 A journey started, bouncing into the late night darkness of Istanbul, unaware of the jostling cacophony that the night will bring.

What will I remember from the night? The incredible bouncing, causing me to doubt my incredible ability to sleep anywhere, anytime (a misplaced fear, as it turned out); the incessant staccato of metal on metal, ten muddled minutes spent searching for its source, solved with a simple jam of my shoe into a tight spot; forty-five minutes standing in line in the wee hours of the new day waiting for an exit stamp from Turkey (more on that in a bit); followed shortly by the knocks of “passport control” on the train’s sleeping compartment doors, re-awakening the half-asleep inhabitants; the last interruption, the unexpected cries of the “customs control” officer sweeping through the train, a man that looked at me and my compartment mate Oliver and merely asked “English” to each of us, two tired shakes of our heads answering his question in turn, sending him scurrying away without a further word. 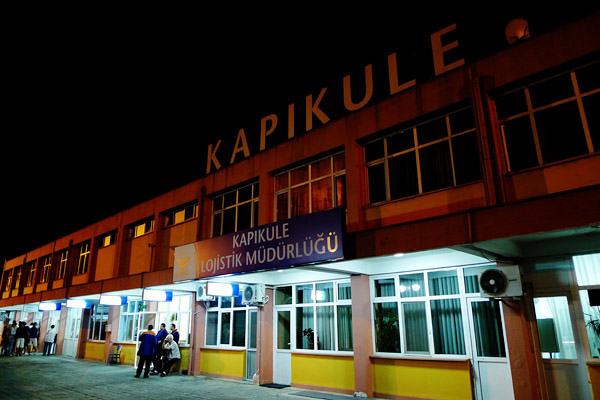 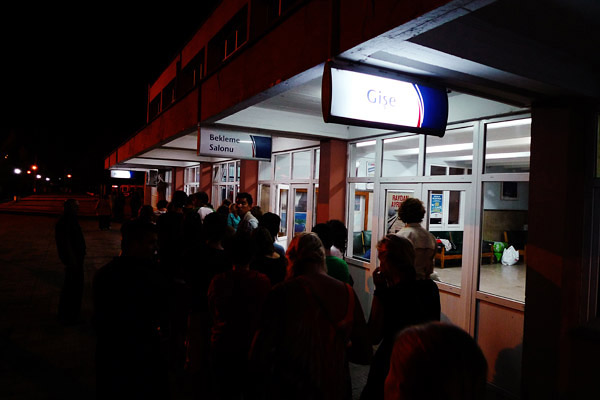 A singular highlight? A tired, bored Turkish immigration officer, stamping passports at 3 AM in the border town of Kapikule, Turkey; his questions of where I’m going (“Sofia”), where I’m going after that (a pause, “Bucharest”, followed by him repeating it back with the correct pronunciation); he answers his next questions himself with tired rolls of his hands and the names of cities on the rails beyond (“Vienna?” Da. “Berlin?” Da. “And then, Washington, DC?” Da.), both of us acknowledging the beaten path; even if my slightly more ambitions plans stray from his expectations, correcting him at 3 AM serves none of us any good, and off I slunk back to the train and my bunk. 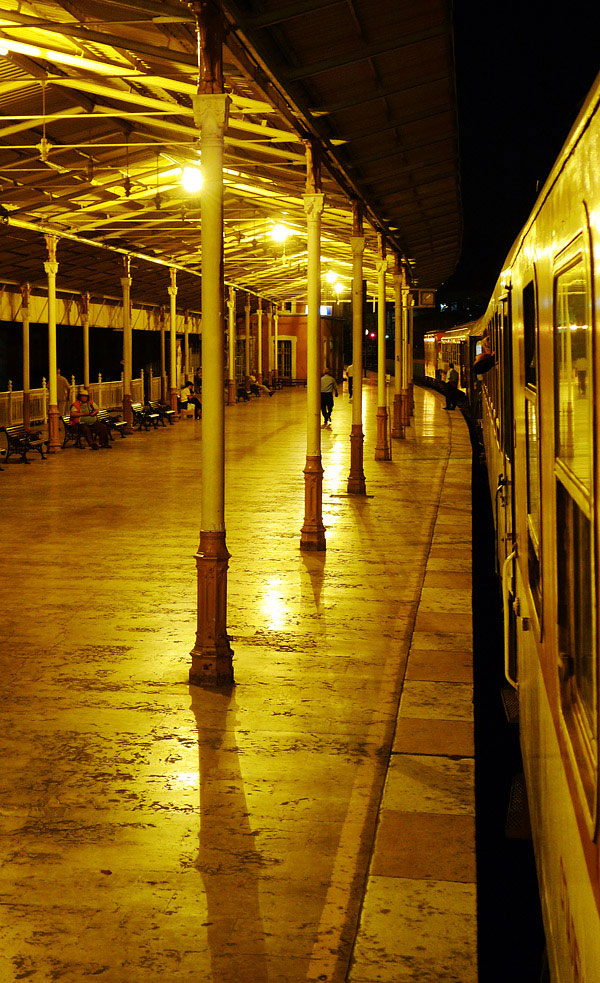 And in the morning? Awakening to a peaceful trance, content with the hot, brown countryside as my companion, skipping away outside my window, time standing still in my oasis; my unreasonable wish to spend the rest of the day on the train, unfulfilled, as the drop into an unknown foreign city gets closer and closer.