The term flaneur may date back to another era, but it’s an idea and an action more relevant today than ever.
by Taylor Davidson · 15 Aug 2009

My friend Joost recently introduced me to the term “flâneur”:

The term flâneur comes from the French masculine noun flâneur—which has the basic meanings of “stroller”, “lounger”, “saunterer”, “loafer”—which itself comes from the French verb flâner, which means “to stroll”. Charles Baudelaire developed a derived meaning of flâneur—that of “a person who walks the city in order to experience it”. Because of the term’s usage and theorization by Baudelaire and numerous thinkers in economic, cultural, literary and historical fields, the idea of the flâneur has accumulated significant meaning as a referent for understanding urban phenomena and modernity. 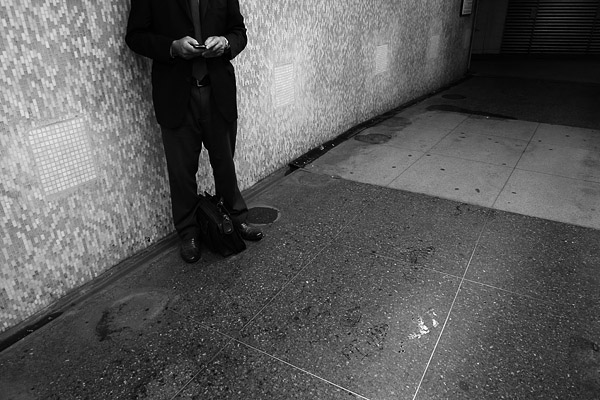 Unsurprisingly, the term has found its way into photography:

The flâneur’s tendency toward detached but aesthetically attuned observation has brought the term into the literature of photography, particularly street photography.

… The most notable application of flâneur to street photography probably comes from Susan Sontag in her 1977 essay, On Photography. She describes how, since the development of hand-held cameras in the early 20th century, the camera has become the tool of the flâneur:

The photographer is an armed version of the solitary walker reconnoitering, stalking, cruising the urban inferno, the voyeuristic stroller who discovers the city as a landscape of voluptuous extremes. Adept of the joys of watching, connoisseur of empathy, the flâneur finds the world ‘picturesque.’ (pg. 55) 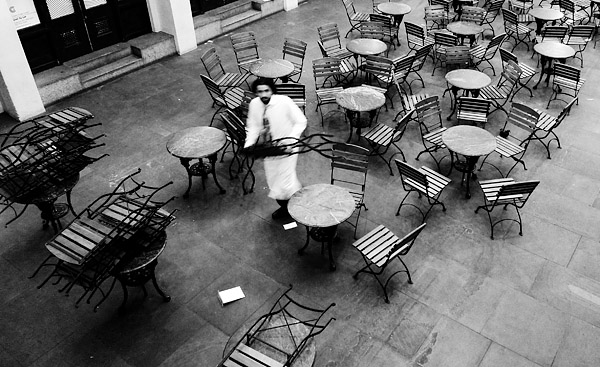 Fine and well. But is it enough? Can the flaneur’s insightful yet ultimately disengaged observation be put to greater use?

In some circles, the “flaneur” is a key idea. The flaneur is a person walking, watching, stopping to pay attention and otherwise engaging with the city as it presents itself to someone in motion and on foot.

It’s an idea discussed by some of the most gifted observers of contemporary life: Baudelaire, Simmel, Benjamin, and Sontag. Indeed, it has become so fashionable that it has become a kind of pose. (Baudelaire’s great fear realized.)

The cost of the pose is high. Some of the hard and most urgent work of noticing in the city goes undone. Some flaneurs are so busy posturing and so very scrupulous about what they notice (the post modern list is a short one), they can’t actually see the city very clearly. Thus does our self-impoverishment perpetuate itself. Some of the people blessed with the time and education to notice the city particularly well have been removed from usefulness. 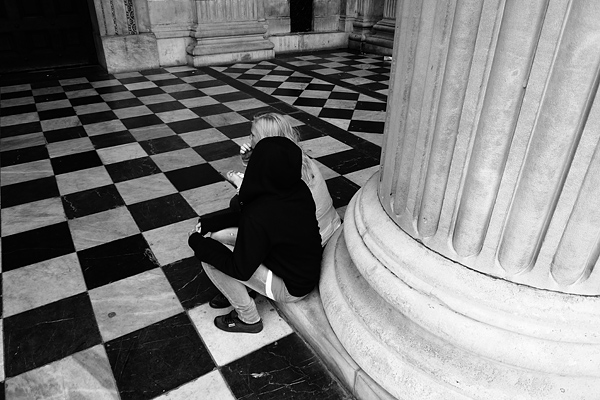 While the term flanuer is largely hidden from popular use, tucked away in corners of the web, surviving in forms on Facebook and Twitter, the action itself is thriving; in the web we have one the greatest avenues for sharing our observations from our analog and digital worlds.

… While the flaneur is busy swanning the city scape engaged in acts of self exaltation, the [Morgan] Friedman-esque observer is running the city down, seizing every opportunity it gives for further investigation. … Morgan suggests we take advantage of the people with time, the knowledge, and the incentive to act as our guides.

Who are our modern guides?

Grant points out Morgan Friedman, Eric Nehrlich, Jan Chipchase, and Russell Davies as a start; to that I would add Jason Kottke, Cory Doctorow, Ze Frank (ah, the forgotten brilliance of The Show) and Andy Baio, all known for noticing and linking together facts from our digital and analog worlds into more meaningful insights.

But it doesn’t end there: trendspotters like Core77, PSFK and Josh Spear; ethnographers like Chipchase and McCracken himself; collectors of ephemerality like Frank Warren of Postsecret, Friedman of Overheard in NY; the creators and collectors of insights that frequent events like Interesting NY (details from 2008), PopTech and TED; the contributors to FFFFOUND and Digg; everyone that posts an “OH” note on Twitter, all flaneurs in their own ways. [1]

But what happens when everyone can be a guide?

How do you choose who to listen to? How do you filter the noise to find true signals? And how do you absorb and apply the knowledge that swims around us every day?

The term flaneur may date to another era, but it’s an idea and an action more relevant today than ever.