Close observation and unfortunate first-hand personal experiences have taught me many lessons about why companies fail. Here’s 25.
by Taylor Davidson · 23 Sep 2008 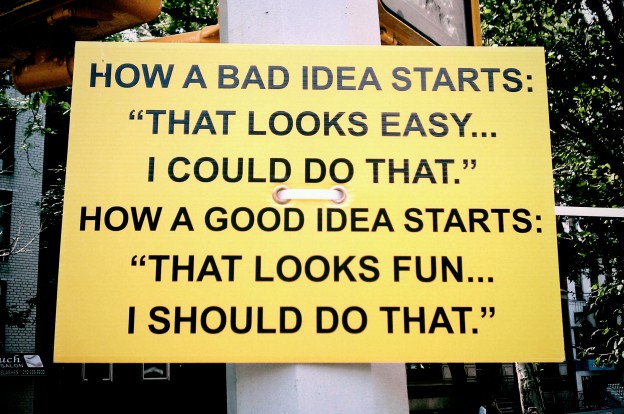 Below are the 25 most important lessons I’ve learned through close observation and first-hand experiences in how entrepreneurs and startups fail. The first sixteen primarily address strategic and operational issues, and the last nine deal more with management and organizational issues. I believe the three most important factors for any company are people, product and market, so I’m not sure that the ratio of ways to fail really fits my overall beliefs, but perhaps you’ll have ideas and lessons you’ve learned that will bring the ratio more in line. Read, and then comment: what would you add as reason #26?

Time is the most valuable asset a person has, and yet it’s the easiest and most common thing wasted. Speed breeds momentum and passion, motivation and a bias for action. Learning through experience is far more valuable than learning through planning, prototyping or researching as nothing is more direct, meaningful and visceral than seeing how something works (or doesn’t).

What is the second-most important asset? Passion. People only have so much passion, intellect and interest to devote to ideas without seeing results, without seeing the fruit of their labour. Give people the chance to succeed and the opportunity to learn without drowning them in the process. Few things are more demotivating than working on a project for an extensive amount of time just to see it canceled shortly before it would have seen the light of day.

2. Postpone hard decisions until you have to make hard trade-offs. Instead: Make decisions earlier to create options and build flexibility.

Make decisions before you think you need to. You’re probably too late if you come to the point where you realize you have to make a choice between hard trade-offs. By waiting to make a decision you’ve created trade-offs instead of options. Postponing decisions in the attempt to optimise your results is probably a waste of your resources in other ways.

Blindly following the tactics and path of other companies is a sure route to failure. The right tactics are indelibly linked to the internal and external environments a company faced at a particular point in time. Companies regularly fail by adopting old business models or basing a business on artificially protecting old business models. Re-applying another company’s tactics neglects to consider the process and path they took to success.

Followers focus on tactics and tools rather than strategies and goals.

4. “Fight the good fight.” Instead: Pick the right battles, at the right time, with the right people.

There is a time and a place for everything. Make prudent decisions based on your present and future situation and capabilities rather than fighting every battle that comes your way. The hardest part for every startup is staying in the game, thus do everything you can do to stay in the game give yourself the opportunity for future success.

5. Solve your problems. Instead: Solve their problems.

You exist in the short-term, you don’t know if you will in the long-term. Make decisions that matter now. In fact, your view of the long-term will probably be wrong; instead, make decisions now that build options that allow you to adjust to the inevitable differences between now and the future.

Nothing saps the spirit more than creating mockups and designs without making progress toward a completed product. Most often the product cannot be created exactly as it is designed, and thus it is important to learn through working on the product itself, not the design.

Obviously different products require different levels of designing, blueprints and planning; but the focus should always be on the quality of the finished product and not the model.

There is always incomplete data whenever you create something new. In a world of incomplete information, data can help you make a decision but it must be treated as a guide to a decision, not the decision. You are more likely to neglect to evaluate an “unknown unknown” than you are to misjudge a “known unknown.” Spend your time wisely on asking the right questions rather than just coming up with the right answers.

9. Give customers everything they want. Instead: Listen to customers, then throw (almost) all of it away.

Closely related to how to use data: one of the best advantages of a small company is that everyone interacts with customers or can directly see how customers are using their product or service (wait: not everyone does?).

Large companies are forced to split tasks, accountabilities and “strategy” up into small pieces by the very nature of being large. The increased interactions and interlocking tasks creates layers of decision-making and abstracts the tasks away from the impacts they have on customers.

Unless new adds something to the equation, new is not good enough. New is not enough to get people to switch; and if they are switching to you, it’s pretty likely they’ll switch away from you when you’re no longer new.

11. Leave money on the table. Instead: Raise all the capital you should each time you’re at the trough.

More companies die through lack of capital than any other reason. Capital buys time and creates options; it allows you to stay in the game through the inevitable mistakes, misjudgments and external market shifts out of your control.

The key here is “should.” Raising small amounts of capital to test an idea or to get a quality investor involved or to validate the idea are all good reasons to raise smaller amounts of money; raising smaller amounts of money to optimise the valuation at the next fund-raising round is not a good reason. You’ll spend more money and more time than projected and you’ll be looking at a range of hard trade-offs in your next round of fund-raising.

The only guarantee is that things will change. Depending on the past to predict the future is a bad bet because the risk / reward trade-off is inevitably skewed; things are guaranteed to change, yet the rewards are poorly priced into current risk.

Create solutions for things that don’t change. Create a structure that allows you to stay in the game. Instead of depending on a step-by-step sequential plan, create alternate, parallel paths that allow you to adapt your various workstreams to the changing environment and marketplace.

The vast majority of startups fail because the problems they aim to solve exist for a reason. Aim high and deliver high, and if you can’t do that, then you probably won’t succeed. Justifying mistakes is merely rationalization.

However, “over-delivering” does not equal “doing more”. If you attempt to over-deliver by adding more and more features, more promises, more capabilities, you’re reducing your likelihood of delivering on any of them. Focus on the getting the minimum done exceptionally well.

When in doubt, do less.

The doubters are inevitable and the odds are stacked against entrepreneurs and startups, thus it is crucial to believe in yourself, your company and your solution. Yet that determination can become our biggest weakness when it manifests itself as stubbornness or inflexibility; we can learn more through failures than successes.

Flexibility is a virtue, not a weakness; error is inevitable, thus accept being wrong and make more mistakes to learn better and faster.

It is impossible for a company or an employee to grasp “the market.” All of your potential customers face slightly different problems and nobody wants to be the “average customer” at the median of the market. Focus your attention and all of your employees on being the best solution for a single customer and grow by winning customer after customer.

By attempting to appeal to everyone, you’ll likely appeal to no one.

Know the difference between the mass market and the niche market and build your entire business on that understanding.

16. Depend on outsiders to make key decisions or develop key components. Instead: Make your own key decisions and build your own core competitive advantages.

Outsourcing parts of your business is a key way to focus your time and attention on what matters; but be sure to keep your core competitive advantage in-house. The key decisions that affect the future of your business should be made by you and your company.

Consultants, partners and investors will simply make different decisions using their frameworks guided by their incentives and payoff structures, despite all good intentions.

Consultants can be valuable for large companies by exposing them to new ideas and processes and shaking up ingrained ways of doing business, but at a startup nothing is ingrained and creating new ideas and solutions should be the key part of your business. If you need a consultant to make a decision or build a solution for you, you’re making the wrong decisions or building the wrong solutions.

17. “I know more than anyone else.” Instead: If you think you’re the smartest person in the room, you’re the fool.

18. A unanimous decision means we’re all right. Instead: If everybody agrees, you’re probably all wrong.

Startups face big decisions in areas of uncertainty. If everyone takes the same decision using the same information then you’re probably not structuring the choices appropriately.

Expose yourself to a more diverse set of opinions and interpretations to re-structure the choices. Differences of opinion are warning signs for decisions; use these warning signals to identify the areas where you need to structure more options in your investment decisions. Since nobody really knows the exact path to success, build flexibility and don’t depend on everything to go right for success.

Who would you rather work with: a resume or a person?

Remember that resumes are naturally biased, created and carefully manipulated by job-seekers as marketing devices.

Hire people you want to work with based on the traits, characteristics and behavior you see. It takes more time to hire people rather than resumes, but the risk and downside of hiring a poorly-suited person is higher than the downside of an empty position.

Incentives align priorities. Rules do not create loyalty or empower employees. Instead of telling people what to do, outline goals and let them lead you to the destination. If you work with people smarter than you (and you probably do), then it’s important to listen and learn from them.

Give up control; you never really had it anyway.

21. Reward activity. Instead: Reward achievements, both failures and successes.

Failure is an inevitable by-product of an innovative company, thus it’s important to reward people’s failures along with their successes. Ending a project can be as valuable as pushing forward, since misguided activity wastes resources, time and people’s passion.

While process is important, remember that it’s results that count. Academic exercises (efforts that will never be executed) are called “academic” for a reason.

22. Meet to discuss. Instead: Meet to decide.

Meetings used to disseminate information are the biggest time-sink at almost all companies. Nobody likes meetings and the interruptions they create.

If you are meeting, structure an agenda that leads to a decision being made right then. Use other methods of communication to disseminate information and updates.

If you need meetings to “get everyone on the same page”, then you have bigger problems the meeting will probably not address.

23. Work under “understandings”. Instead: Create legal agreements as soon as possible.

24. Everything matters. Instead: Recognize the difference between “penny-wise” and “pound-foolish”.

Focus on what matters. “Penny-wise and pound-foolish” is a phrase that describes the tendency to focus on small, marginal-value things that we can see to the detriment of focusing more important, valuable but perhaps less-obvious options.

And last but not least,

25. Treat these lessons as absolutes. Instead: Know all the rules completely so you can break them perfectly.

I didn’t come up with this one. [1] But even if it’s a bit hokey, it’s true: there are very, very few absolutes in the world.