A smoldering ghost town tucked away in Pennsylvania.
by Taylor Davidson · 24 Aug 2008 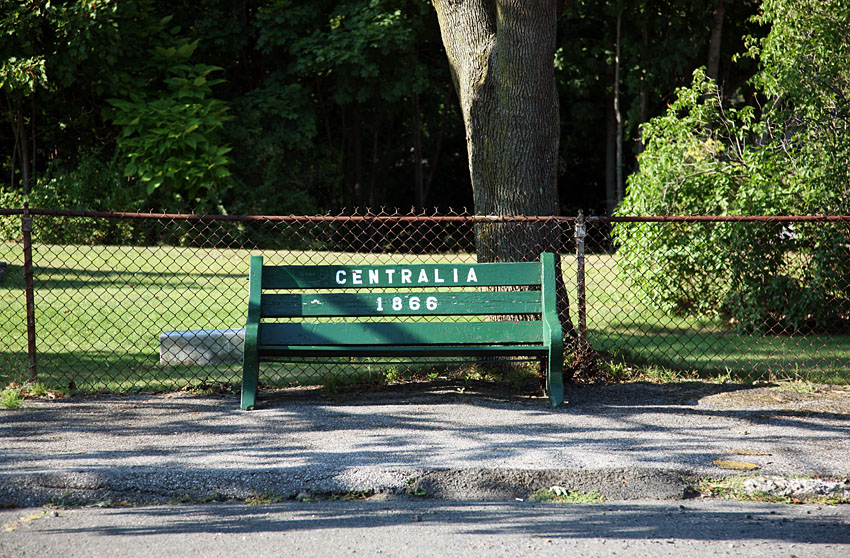 Centralia, Pennsylvania, USA, a nearly-abandoned town due to an underground coal mine fire since 1962, and an abandoned stretch of highway PA 54 / PA 61 created by a still smoldering fire.

Centralia, Pennsylvania used to be an active town of over 1000 residents, busy with coal mining, railroads, schools, churches, hotels, bars, theatres, banks and a number of stores. Today all that remains is a couple houses, a municipal building, empty streets, 11 residents and a surprisingly large cemetery that hints to the town’s former prosperity. Standing only a couple miles from neighboring towns, Centralia today has few signs of what used to exist as recently as 10-20 years ago.

Why go to a nearly-abandoned eventual ghost town? Why not?

Opportunities for exploring without guides, without signs, without obvious indicators of what to look at and how to react are far and few between in the developed world. So why not take these small chances when we can?

I wasn’t alone: in the couple hours I wandered around last Friday and took photographs of the town and the abandoned highway, I ran into about six other groups of people, including a German reporter from Munich visiting the town and interviewing the few residents willing to talk. (Updated 9/11/2008, his article on Philly.com).

I first heard about Centralia about five years ago, and have read a lot about the town on the Internet (background links below). What happened? In brief, an underground coal mine caught on fire 1962 due to an incident that caused a fire at the new landfill and exposed errors in the landfill’s construction. Even though the authorities started monitoring the fire, a slow and ineffective response to the coal mine fire over the years led to citizens choosing in 1983 to take a government buy-out instead of an expensive and uncertain plan to stop the fire’s spread. Additional government purchases of homes over the years have left only a few residents still residing in the town.

In 1994 a section of PA 54 / PA 61 had to be re-routed because the underground fire caused portions of the pavement to buckle. Smoke still seeps out of the cracks in the closed-off highway, and immense weeds have sprouted through the median. The only apparent signs of life is the fresh spray-painted graffiti littered all over the pavement.

That said, the most interesting part of my visit was to compare photographs of the town from the past 10-20 years with my own views of today: less buildings, more graffiti, less people, less signs of what used to exist. 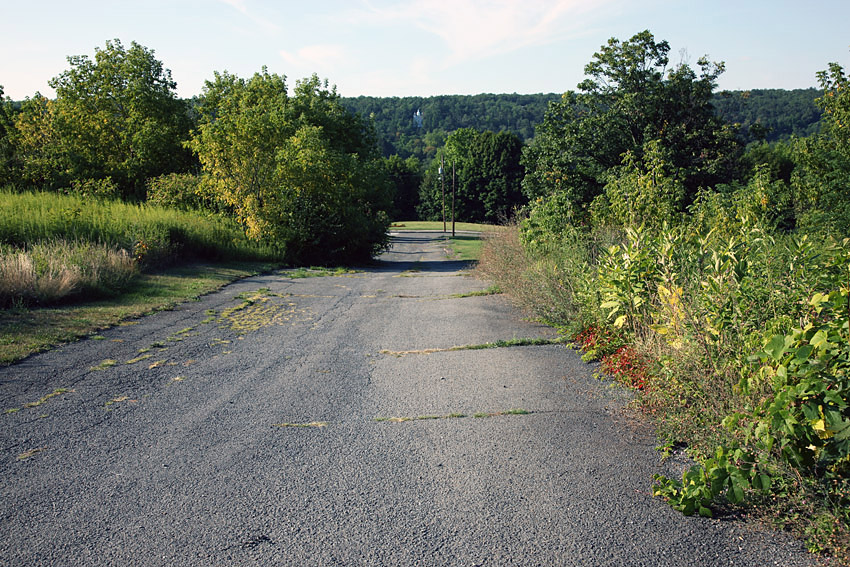 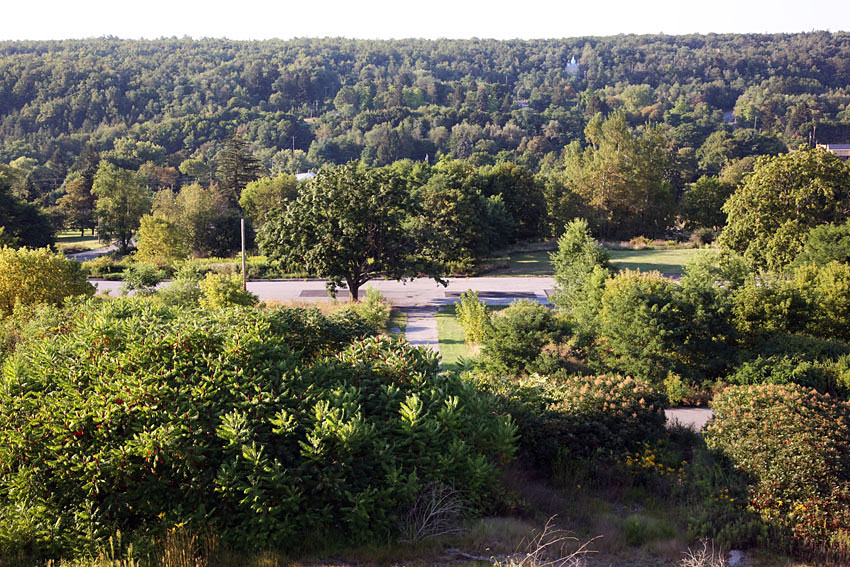 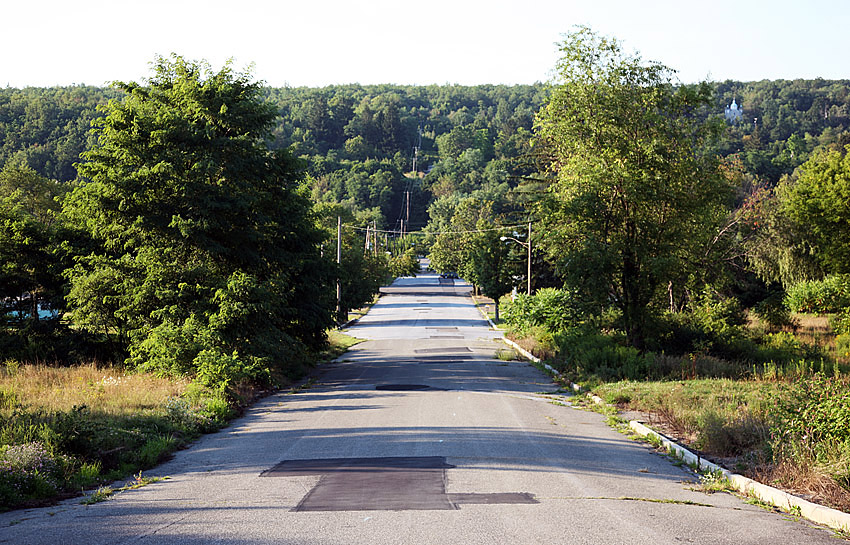 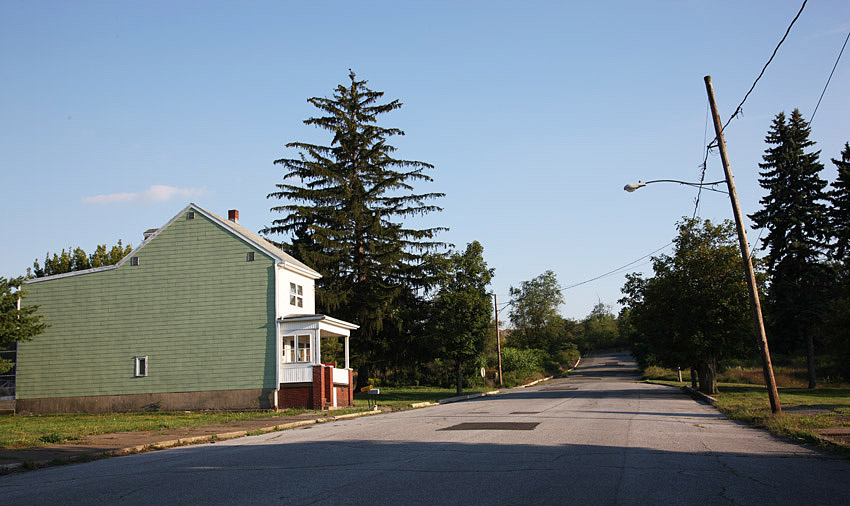 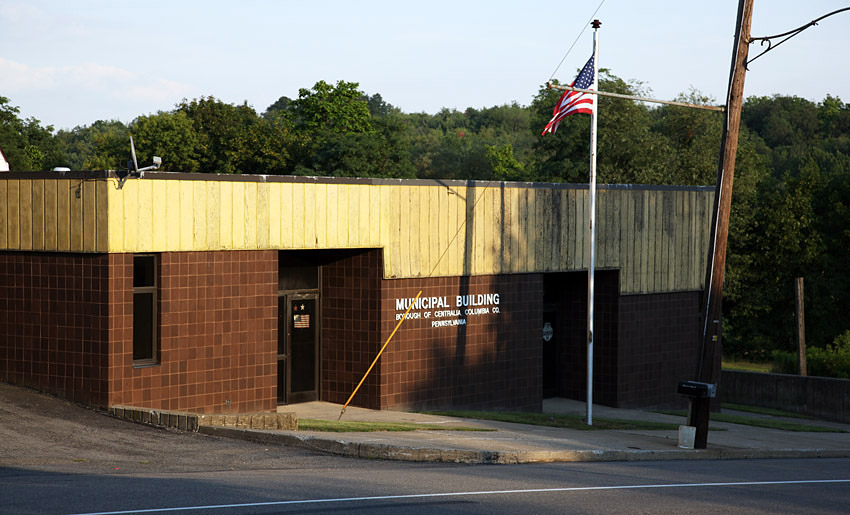 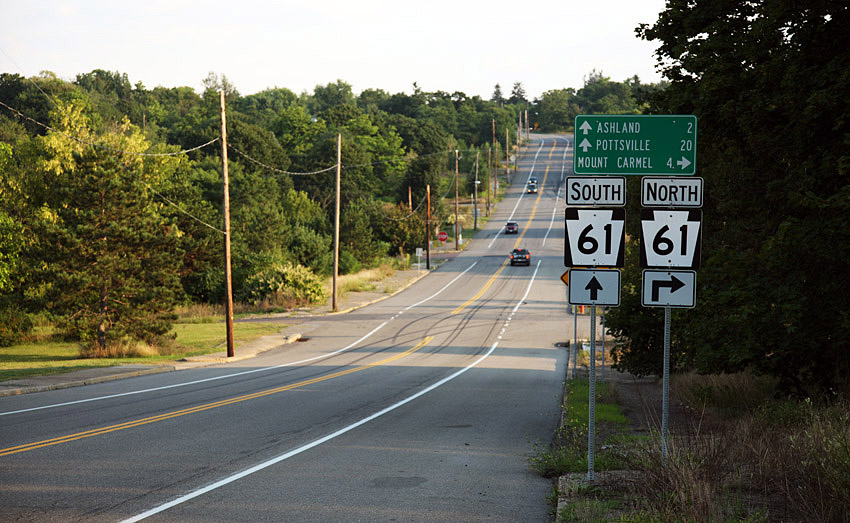 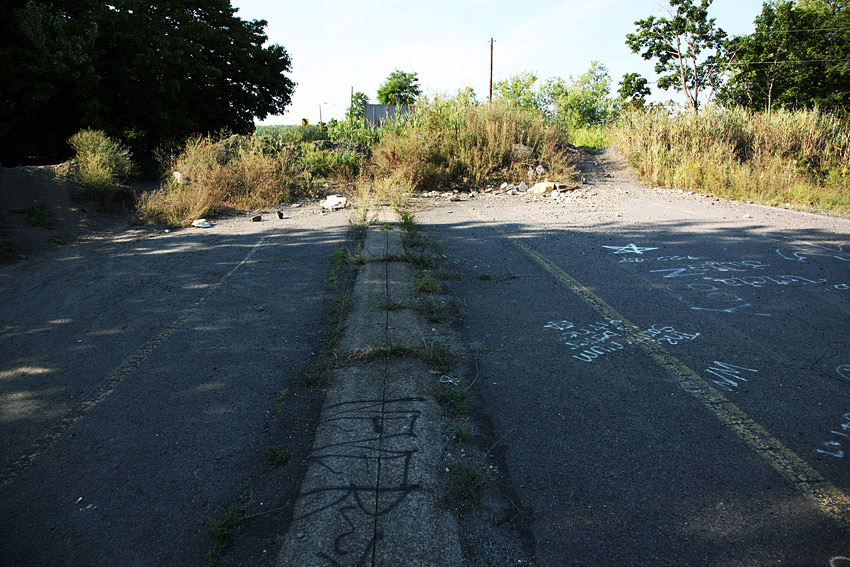 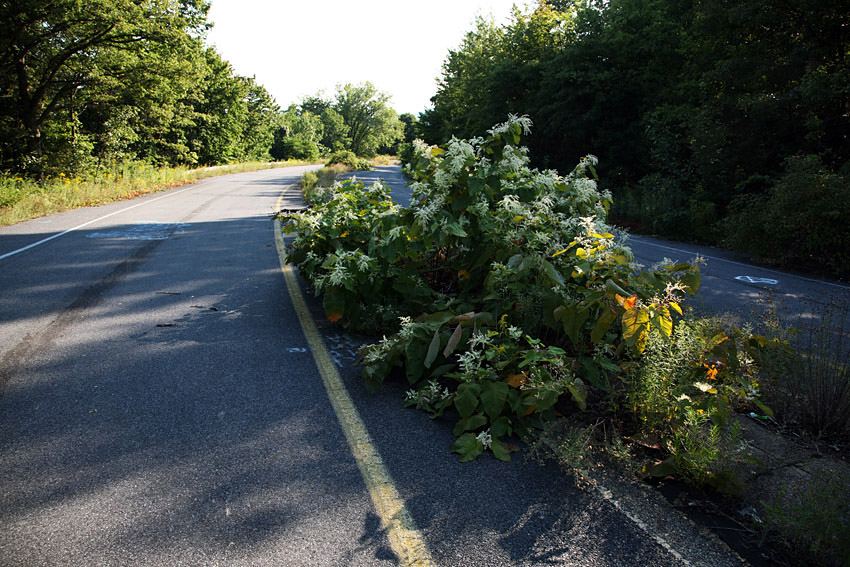 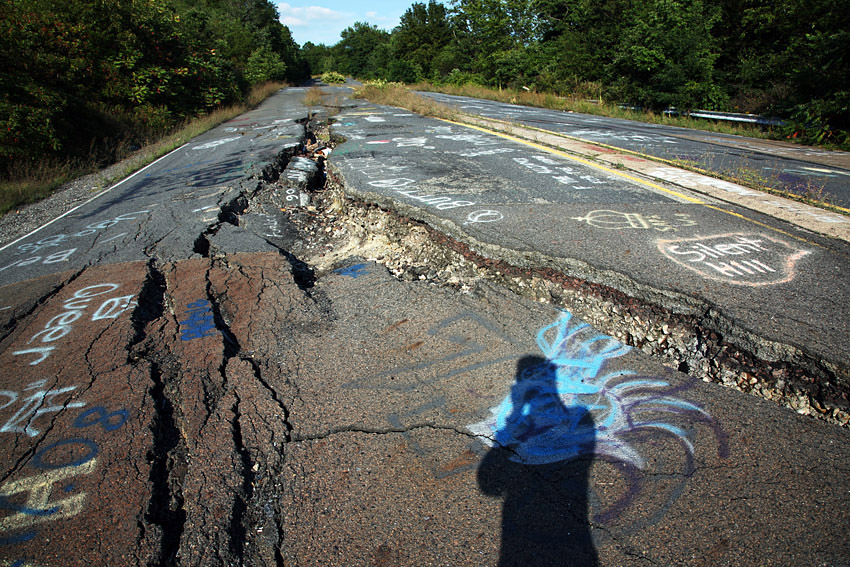 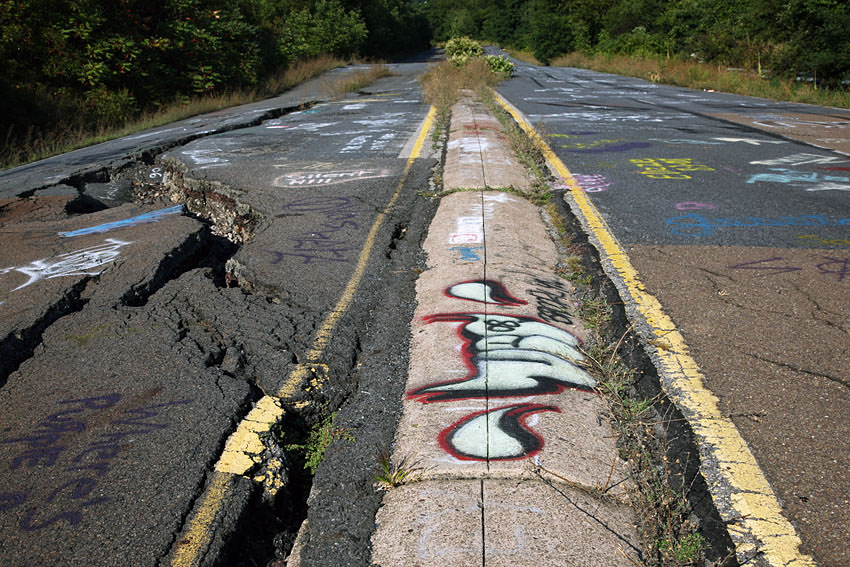 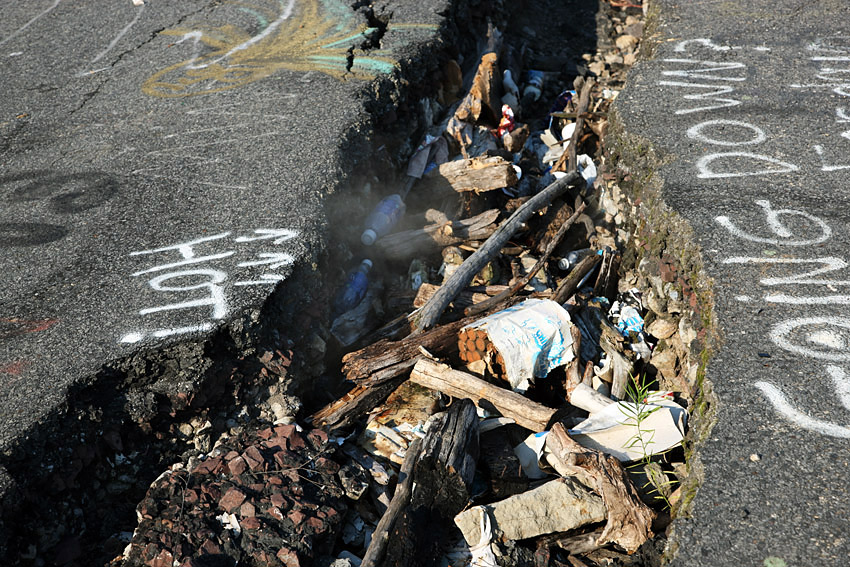 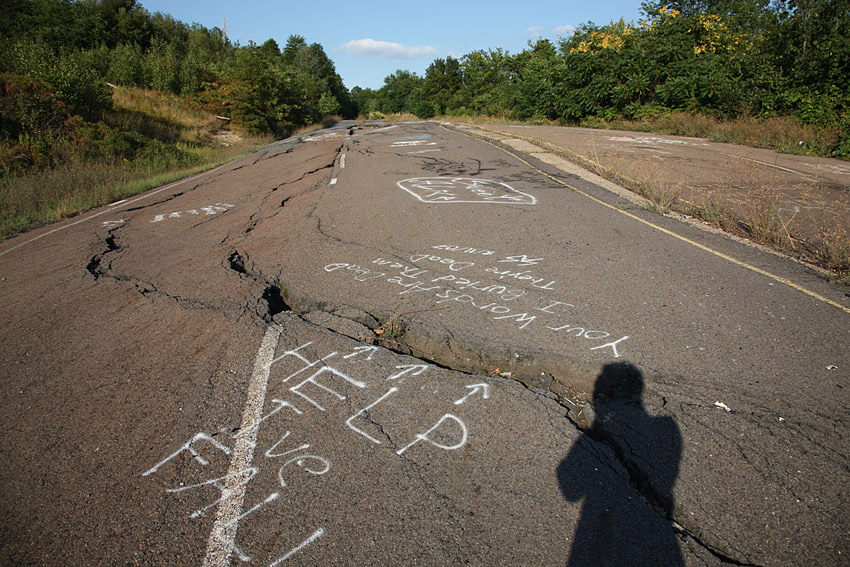 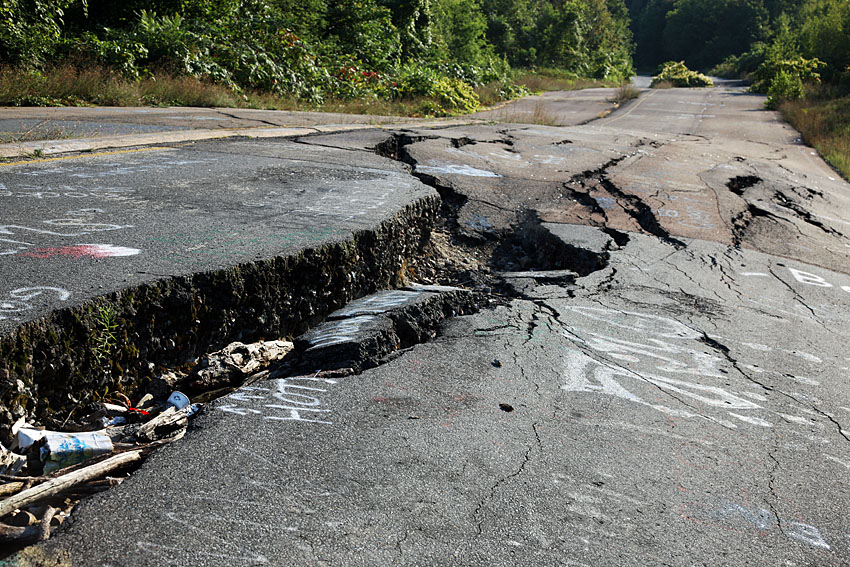 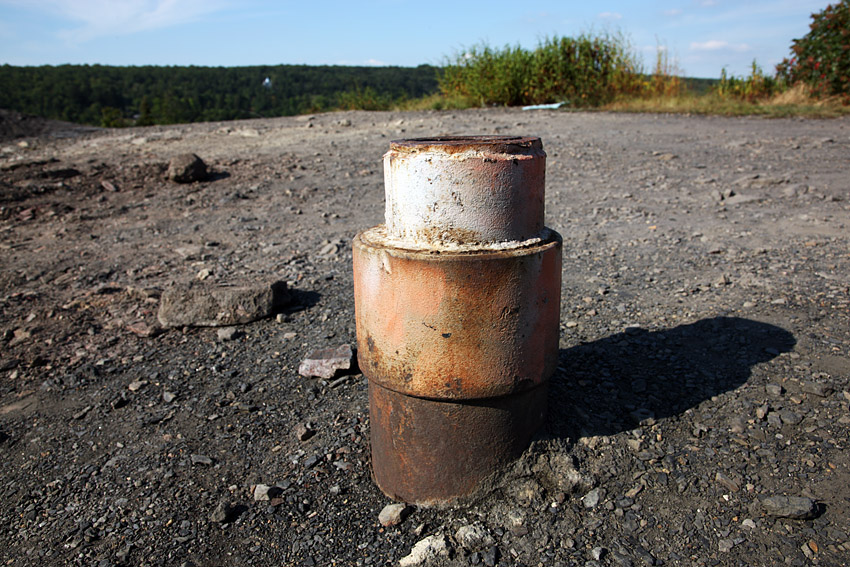 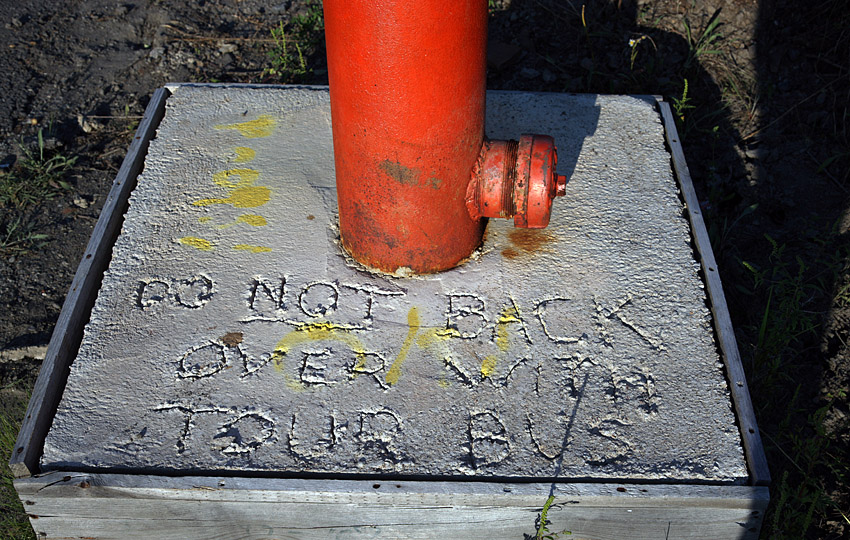