I should have passed on the second goblet of Bailey’s.

Bailey’s is best consumed for taste, whether over ice, with milk, in coffee, mixed into other drinks. Anyway but straight, without ice, in a half-pint steel goblet. Frankly, knowing that we had roughly another 3 miles to go until Drymen, I should have passed on the first half-pint, just partaking in a couple of sips, gently nursing the goodwill of our hosts.

But turning it down seemed such a waste. 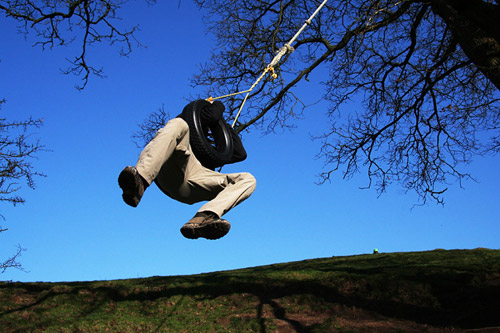 We started Day 1 of the West Highland Way in a state of unknown.

City skylines often give a glimpse of the world outside. Oceans lapping up against their shore, rivers running through the city, mountains towering over the city, hills stretching for miles, or the never-ending stretch of suburbs, highways, the fruits of industrialization. Think Denver or Anchorage for towering mountains, or Chicago, New York, Sydney for skyscrapers or sweeping urban vistas.

Glasgow, however, gives no such clues. Smokestacks and low-lying urban development provides no indication of the land outside the urban wilderness, and the Way was still a bit of a mystery in our minds.

But given time, things begin to open up, and glimpses appear. The nervousness begins to fade, the body adjusts to the pack, the boots flex to the feet, paths open up to hills, the suburbs begin to fade and everything begins to settle.

“Trail magic”, to the best of my knowledge, has a variety of definitions but it refers to acts of goodwill, hospitality or assistance to hikers from strangers. After a solid lunch at an outdoor pub (a harbinger of days to come), we began to discuss where to end the day’s hike. Given our late start, the leisurely pace, and no need to rush, we set Drymen as the goal.

Enjoying the sunshine and the rolling hills, we reveled in our luck with the weather (Scotland, April, bountiful sunshine?). Bounding a bridge over a stream and passing a couple of houses along the Way, we encountered a friendly couple (Rory and Jackie) and an offer of a drink. Obviously a couple of drinks up on us, it was too good an invitation to pass up. The initial hospitality turned into friendly banter and some interesting conversations, including a wide-ranging discussion on the nature of cross-cultural differences between Scots, English, and Americans.

A bottle of Bailey’s later, the second goblet seemed indeed a bit less of a good idea as I continued on, mind and body slightly “off”. Hiking took a little more care than it did an hour previously. Rhythm lost. Adjustments necessary. Taking pictures took some thought.

Happening upon the rope swing was another stroke of luck; while it might not fit the strict definition of trail magic, finding the rope swing came at a perfect time to take a break and enjoy the sun, and my lingering giddiness from the Bailey’s only enhanced my joy.

That night, a pint and a good meal at the pub in Drymen was the perfect way to round out the day. In our minds, body and soul, the difference between the start and the end of day could not have been greater.